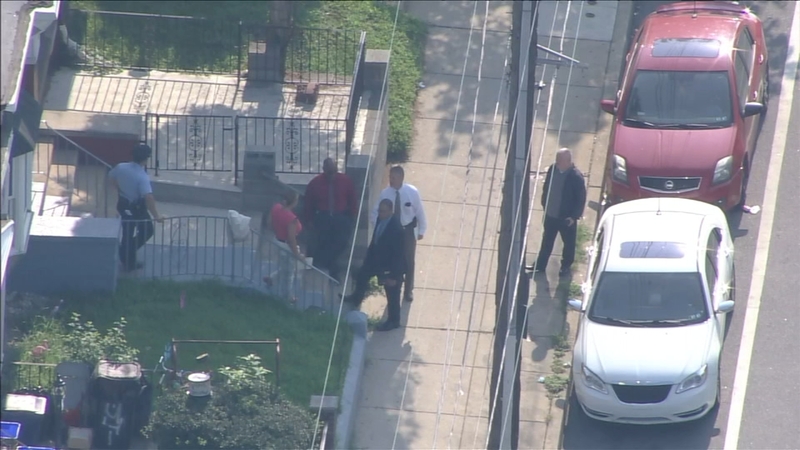 Police say a man pulled a gun as they entered a home on the 1400 block of West Olney Avenue.

Officers fired at the suspect but did not hit him.

He was eventually taken into custody.

A woman was injured in the ordeal, but police say she was not shot.

The warrants were issued in connection with a shooting in Cheltenham back in May.