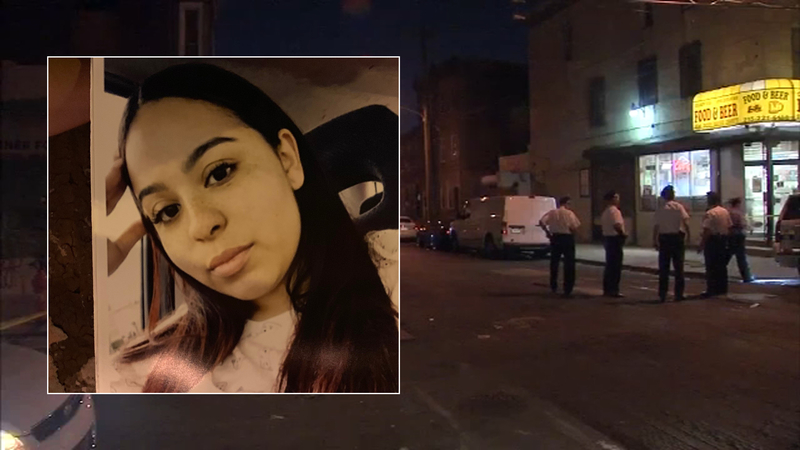 PHILADELPHIA (WPVI) -- Philadelphia police are searching for a suspect or suspects after a 23-year-old woman was gunned down outside of her home.

Commissioner Christine Coulter says based on the evidence, investigators believe the victim was an innocent bystander.

"It certainly didn't look like she was the intended target. It didn't seem like she was involved in anything that would lead to her being shot. It's truly what keeps you up at night," said Coulter.

Neighbors say the 23-year-old victim was friendly and that she leaves behind a young daughter. Police identified the victim as Crystal Roman-Benitez.

At the scene, two types of shell casings were collected by police which may indicate that rivals were aiming for each other when the bullet struck the unintended victim in the head.

"We believe that there was a second person that has a graze wound. They are being interviewed as a witness," said Coulter.

The shooter may have been in a car driving by at the time.

Police have secured video of a car driving by from a camera a few blocks away. They are in the process of interviewing the occupants of one car in particular.

Vigil held for innocent bystander killed in North Philadelphia shooting as reported during Action News at 11 on September 11, 2019.

On Wednesday night, dozens of people gathered to remember the young mother.