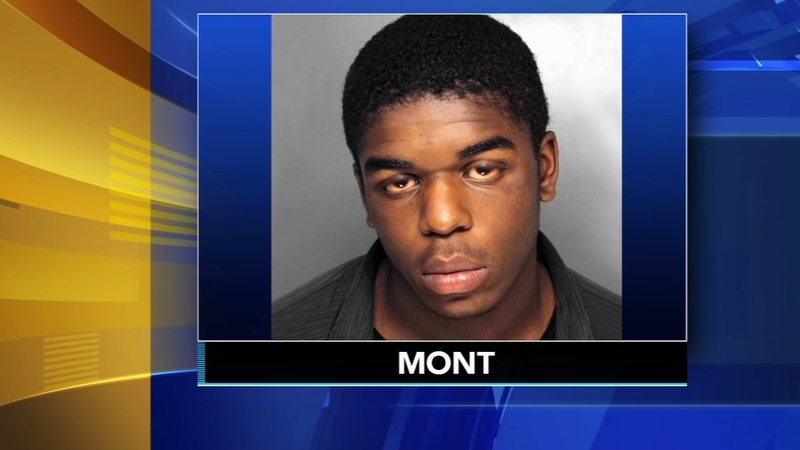 PHILADELPHIA (WPVI) -- An 18-year-old man has been arrested and charged in a shooting that injured a mother and her one-month-old baby in the Strawberry Mansion section of Philadelphia, authorities said.

Jaron Mont, of the 4900 block of North 16th Street, was arrested Tuesday and charged with assault and other related offenses in connection with the incident.

Police say a bullet flew through the front door of a home on the 2500 block of North Myrtlewood Street around 2 p.m. Monday.

Tytiyana, 19, and her one-month-old baby boy Baselle were sitting on the couch.

"They're gonna shoot and it's gonna come right through my door. That's why I always ask them not to sit on my steps but everyone always remains right on the steps," said Baselle's grandmother who was there as gunfire erupted.

After the shooting, she said, "I was too scared to look, and then at the same time I was on the phone with 911. I couldn't even focus or say the right words."

Luckily, Baselle wasn't shot. They're not sure yet if he was slightly grazed, hit by debris or injured when his mom looked for cover.

The baby suffered a cut to the eye, and his mother suffered a graze wound to the chest.

"It's got to be God. That's the only thing I can think of because it really could have hit them," the grandmother said.

Both the mother and the baby were taken to Temple University Hospital and are listed in stable condition.

Detectives say this all started two blocks away with some kind of dispute. In total, authorities believe seven bullets were fired.