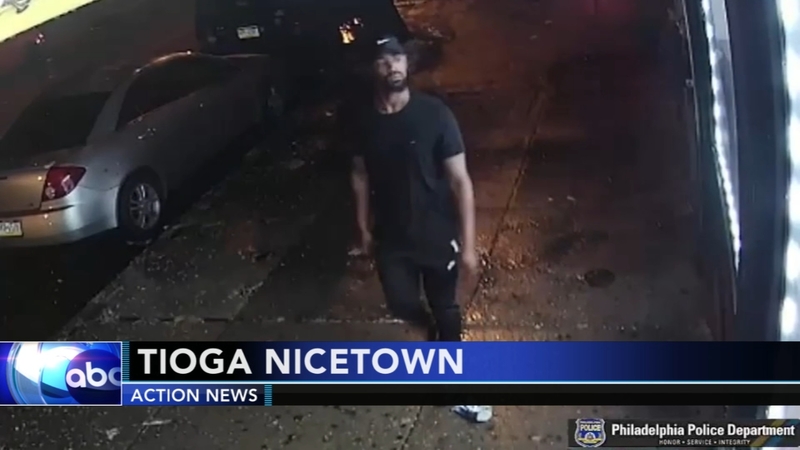 PHILADELPHIA (WPVI) -- Police are searching for a suspect who allegedly shot a person from behind in the 4200 block of Germantown Avenue in Philadelphia's Tioga-Nicetown section.

Police say the suspect was captured on video pulling out a semi-automatic handgun and then shooting the victim several times.

That suspect fled north on Germantown Avenue and east on the 1700 block of Bristol Street.

The victim was taken to a local hospital for treatment and listed in critical condition.

Police say ballistic evidence recovered at the scene indicates that a 9MM handgun was used.