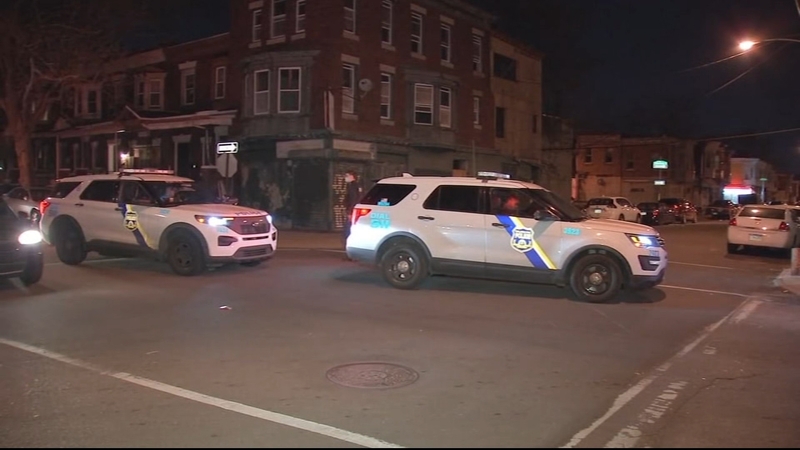 PHILADELPHIA (WPVI) -- Philadelphia police are searching for two gunmen after a teenager was shot and killed on Tuesday night.

It happened around 10:30 p.m. on the 2500 block of West Somerset Street in North Philadelphia section.

The entire incident was captured on camera.

"Fortunately, the incident was captured on police real-time crime cameras. We also found some private cameras in the neighborhood and hopefully those cameras recorded additional angles," according to Philadelphia Police Chief Inspector Scott Small.

SEE ALSO: Philadelphia parents want justice after son murdered on porch: 'Nothing is being done'

They fled east on Somerset after the shooting.

At least 12 shell casings were found at the scene.

Officers found the 15-year-old boy lying on the sidewalk.

He had been shot in the chest and was unresponsive.

Philadelphia police are searching for two gunmen after a young teenager shot and killed on Tuesday night.

The teen was rushed to Temple University Hospital where he was pronounced dead.

There is no immediate word on what sparked the gunfire.

Protest after chief says officer meant to use Taser, not gun