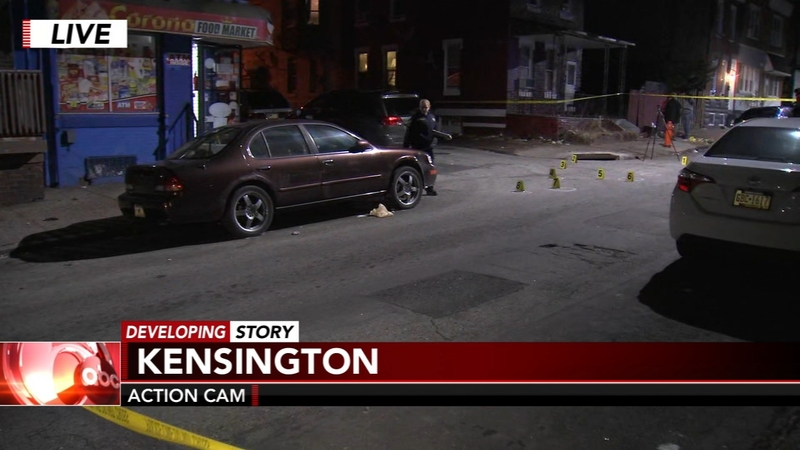 PHILADELPHIA (WPVI) -- A deadly triple shooting has left one person dead and two others seriously injured on Sunday afternoon.

Police say a 21-year-old man was shot once in the head. He later died at the hospital.

Authorities say a 21 year old man was shot in the head and was pronounced at Temple University Hospital.

Another man was shot in the face and third male was transported to St Christopher.@6abc pic.twitter.com/CRDRV8Aua1

Two others were also shot.

Police confirm one of the victims is listed in extremely critical condition. A third victim, a 22-year-old man, is currently in stable condition after suffering a gunshot wound.