Police say 11 shots were fired inside the apartment.
WPVI
By 6abc Digital Staff 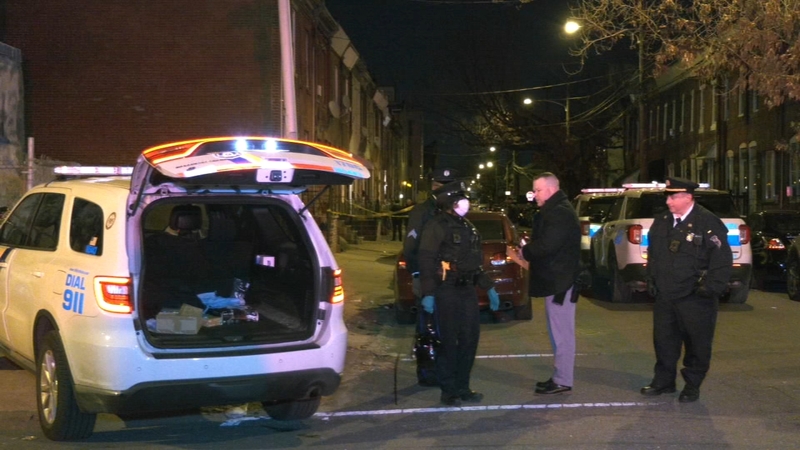 PHILADELPHIA (WPVI) -- Police are questioning the girlfriend of a man who was shot multiple times inside a Philadelphia apartment Friday morning.

The shooting occurred just after 2:30 a.m. on the 2700 block of Wharton Street in Grays Ferry.

Arriving officers found the male victim lying on the sidewalk. He had been shot in the chest, back, both legs, and foot.

Police located a gun on the victim. They removed the weapon before transporting him to Penn Presbyterian Medical Center for surgery.

Police say he was semi-conscious at first, but then lost consciousness on his way to the hospital.

Authorities say the man, believed to be in his mid-20s, lives in a second-floor apartment of the property near where he was found.

Philadelphia Police Chief Inspector Scott Small says a trail of blood led from the apartment, down the steps to the sidewalk.

Officers went into the apartment and found a 20-year-old woman, identified as the victim's girlfriend.

The girlfriend was taken into custody for questioning as a person of interest.

"We believe she may be the shooter. She was the only one inside the property at the time," Small said.

Police say the woman often stays with the victim in the apartment.

Small says there are surveillance cameras outside the property, but it is not clear at this time if they will help in the investigation.

"It appears the shooting took place inside of the property and the victim was able to come out and ended up collapsing on the sidewalk," Small said.