I-95 crash leaves Millville teen dead, 4 others injured in Philadelphia 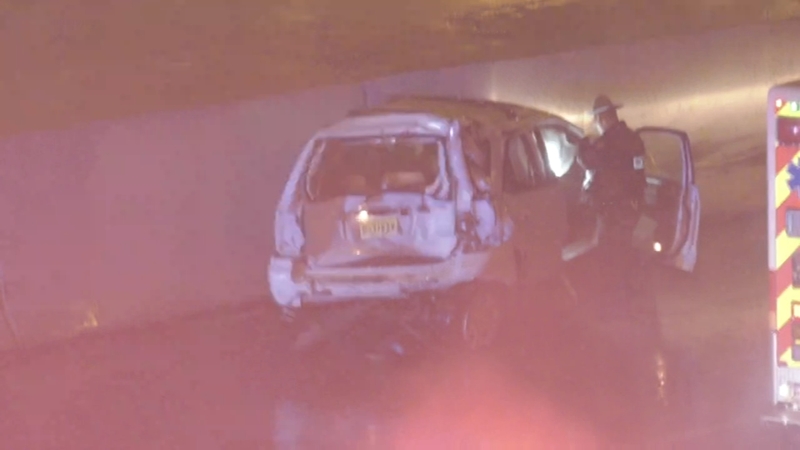 I-95 crash leaves Millville teen dead, 4 others injured in Philadelphia

PHILADELPHIA (WPVI) -- A South Jersey teen has died after a multi-vehicle accident on I-95 in Philadelphia.

It happened around 3:30 a.m. Sunday on I-95 southbound near the Washington Avenue exit in South Philadelphia.

According to Pennsylvania State Police, a 34-year-old driver from Vineland was traveling in a 2005 Acura when he stopped in the southbound lane of I-95 for an unknown reason. There were four passengers inside the Acura, including a 27-year-old woman from Bridgeton, a 19-year-old Mays Landing woman, a 25-year-old Bridgeton man and a 19-year-old Millville woman.

Police say the Acura was struck in the rear, after stopping, by the driver of a tractor trailer.

The 19-year-old teen from Millville was killed in the accident. Police say a 19-year-old Mays Landing woman was also struck by a dark-colored SUV after falling out, or exiting the vehicle after the initial crash.

The dark-colored SUV did not stop at the crash.

The Mays Landing teen is still being treated for her injuries. All other victims suffered minor injuries in the crash.

Anyone with any information on the hit-and-run driver is asked to call Pennsylvania State Police.