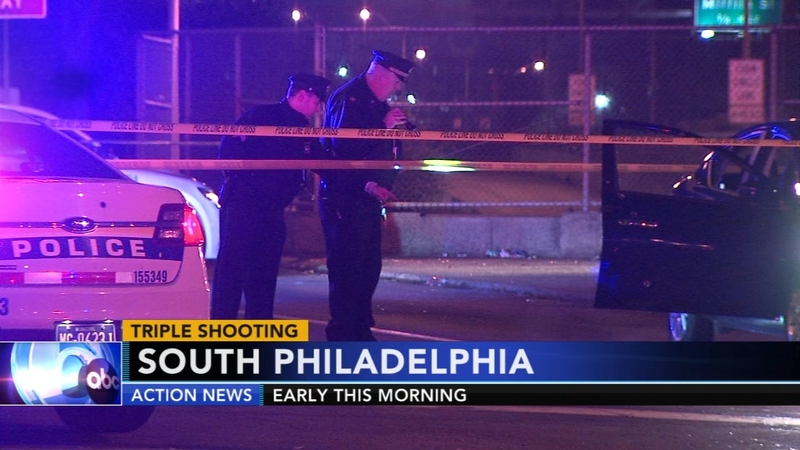 It happened at the intersection of 26th Street and Passyunk Avenue in South Philadelphia, just off the exit ramp of the Schuylkill Expressway around 2:30 a.m. Saturday.

The suspect's vehicle pulled alongside the victims who were seated in another vehicle stopped at the red light.

Occupants in the suspect's vehicle then fired numerous shots at the victims' vehicle before fleeing, police say.

The passenger side car door was riddled with bullet holes, and gun shell casings littered the road.

Off-duty officers nearby say they heard the gunshots and rushed to the scene.

A 28-year-old man, who was a passenger in the car, was hit multiple times and died at the scene.

A 31-year-old man and a 25-year-old man were both shot in the shoulder, they were transported to the hospital where they are listed in stable condition.