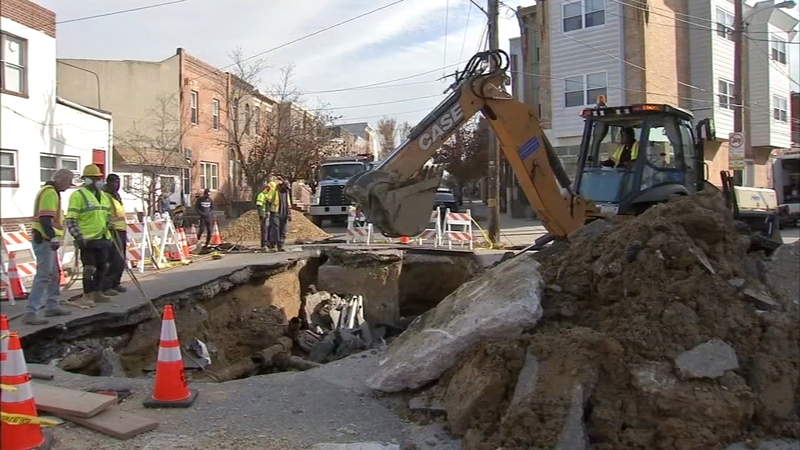 SOUTH PHILADELPHIA (WPVI) -- Part of a South Philadelphia neighborhood spent most of the day without water after an 8-inch pipe burst, early Wednesday morning.

But it's more than just a minor inconvenience - the break took out most of their street.

Overnight and all day Wednesday, at 12th and Dickinson streets Water Department personnel have been working to replace a ruptured sewer line and broken water main.

It was a perfect storm that triggered this massive street collapse in heart of South Philadelphia.

By midafternoon water had been restored to the 60 or so customers affected by the outage.

With the Thanksgiving dinner hour fast approaching, no public water has been an incredible nuisance for those preparing big dinners for family members coming from afar for the annual feast.

"When you don't have any water, it's very difficult because you need to wash your hands, you need to cook, you need to clean," said neighborhood resident Sharon Trivarelli.

While water has been turned back on for residents, officials say it might be a month before repairs are complete on the sunken roadway.