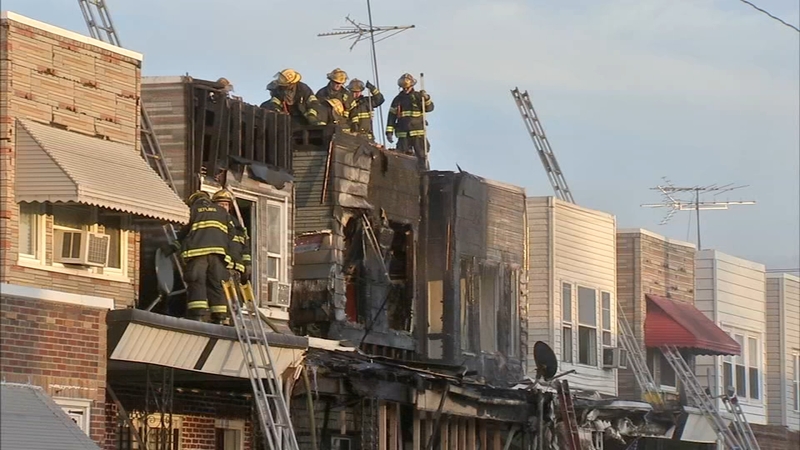 SOUTHWEST PHILADELPHIA (WPVI) -- A man was found dead in a bedroom of a home that caught fire in Southwest Philadelphia.

The fire happened just before 10 p.m. Wednesday on the 2500 block of South 67th Street.

Intense flames were captured on video as the fire tore through the Southwest Philadelphia row home.

"The flames were up so high I thought it was coming down to our house," said neighbor Sharon Stroud. "That's how much fire was coming out of that house. It was moving at a very fast pace."

The fire claimed the life of a 26-year-old man, whose family has lived on the block for years.

At first, Stroud heard the commotion but didn't realize what it was.

"The dogs were barking. Somebody banged on our door and said 'There's a fire, there's a fire.' That's when we ran out of the house. And it brought back memories of my own fire," Stroud said.

It was nearly two years ago when another fire tore through three row homes on this same block, displacing families and injuring one.

"Flames were shooting out the top of the building," said Bill Martin. "You know of course all of us on this here side of the street were scared because we just went through it two years ago. My own house burned down."

In this latest fire, the damage is extensive.

The body of the 26 year old victim was discovered in an upstairs bedroom.