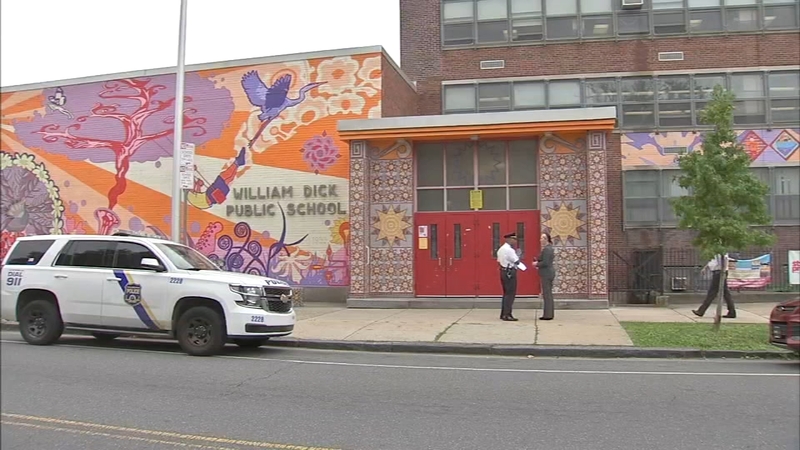 NORTH PHILADELPHIA (WPVI) -- Police and school district officials in Philadelphia say an eighth-grade girl stabbed a 13-year-old boy in the abdomen with scissors after an altercation in science class, and the boy is in stable condition at a hospital.

Lee Whack, a spokesman for the School District of Philadelphia, says the stabbing happened as students were transitioning to their next class just before 11 a.m. Friday.

He says the two classmates had an altercation during science at William Dick School but the teacher de-escalated it and thought it was resolved.

Heavy police presence at William Dick School at 24th and Diamond. Woman just ran into and then out of school and told me her son was just stabbed. She sped off to the hospital. @6abc pic.twitter.com/QtK6aRCfd7

As the Action Cam got to the scene, a woman pulled up to the school and ran inside. Moments later, she ran back out and told Action News reporter Bob Brooks that it was her son who had been stabbed.

She drove off to Hahnemann University Hospital where her son was being taken.

Police said a weapon was recovered.

A student who witnessed the incident said a girl stabbed the teen with scissors. He said the teen was bleeding and taken to the nurse's office.
The mother of the witness said the teen was placed in a wheelchair and then carried on a stretcher into an ambulance. She said he looked alert at the time.

A heavy police presence could be seen at the school as parents came to pick up their children.