Commissioner: Philadelphia officer did not want to make Starbucks arrest 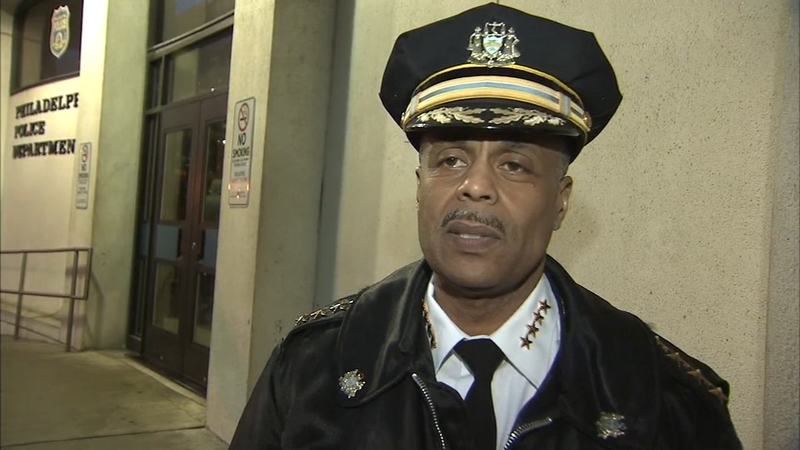 Ross spoke exclusively to Action News Monday morning outside Philadelphia Police Headquarters about the arrests of two black men that occurred at the Starbucks in Center City last Thursday.

Ross: The whole thing is unfortunate. Wish it hadn't happened from start to finish. Obviously, there are parts of it that are still under investigation, but we've been talking to Starbucks. I had a call from their CEO, as a matter of fact, yesterday.

So they are looking at some of their policies. We'll look at things relative to overall procedural events, but not so much about that arrest, but how we can facilitate things for other officers in the future, relative to maybe getting signed forms and things like that while they are at scene.

For now, again, it's just very unfortunate. I can tell you that that police officer did not want to have to make an arrest in that incident. The whole thing, we just wish it didn't happen.

Action News asked Commissioner Ross if it's routine for police to be called to businesses to remove people.

Ross: Routine in the sense that it's not at all uncommon for us to get a call to a business that somebody they want removed from their location. When they do, many instances, people usually leave before we get there. In some instances, they leave when we arrive, just our mere presence. But most people will move just simply because we tell them the proprietor wants you to leave. In this case, that was not the issue. And that's for them to decide why they didn't do that.

But there are laws on the books that we have to follow. If we had our druthers, we wouldn't came there in the first place. That's just keeping it simple.

Action News asked Commissioner Ross if he stands by his earlier comments on the officers' actions being justified.

Ross: Here's the thing, unless someone comes forward with something more than I know now, it doesn't appear that they did anything wrong at all. In fact, they were really trying not to make an arrest in this case. They, undoubtedly, had seen instances like this before with people being asked to leave and were accustomed to people just leaving.

I just think for whatever reason they decided not to. But just the mere fact three different warnings suggests there wasn't a rush to judgment. I mean, the officers were in there for about 15 minutes before an arrest was made, so that should suggest, clearly, that wasn't their first course of action that they were thinking.

---
Since the video of the arrests was posted on social media and went viral, Starbucks and the police department have received backlash from activists and protesters.

Protests began Sunday outside the Starbucks at 18th and Spruce streets and continued Monday.

Starbucks CEO Kevin Johnson issued an apology and is hoping to meet the two men face-to-face.

An attorney for the two men said they were waiting for a third person to arrive for a business meeting at the cafe.

After their arrest, the two men were released early Friday morning.