CENTER CITY -- The chief executive officer of Starbucks says he will order managers of the coffee giant's stores to undergo training on how to spot "unconscious bias" after witnesses said two black men were arrested at a Philadelphia shop for doing nothing but sitting at a table.

"I'll say the circumstances surrounding the incident and the outcome at our store on Thursday were reprehensible," Starbucks' CEO Kevin Johnson said in an exclusive interview with ABC News' "Good Morning America" today. "They were wrong, and for that, I personally apologize to the gentlemen that visited our store."

Johnson was in Philadelphia this morning, a day after protesters rallied Sunday at the downtown Philadelphia Starbucks, where the two black men, who have yet to be identified, were led out in handcuffs by police and accused of trespassing. 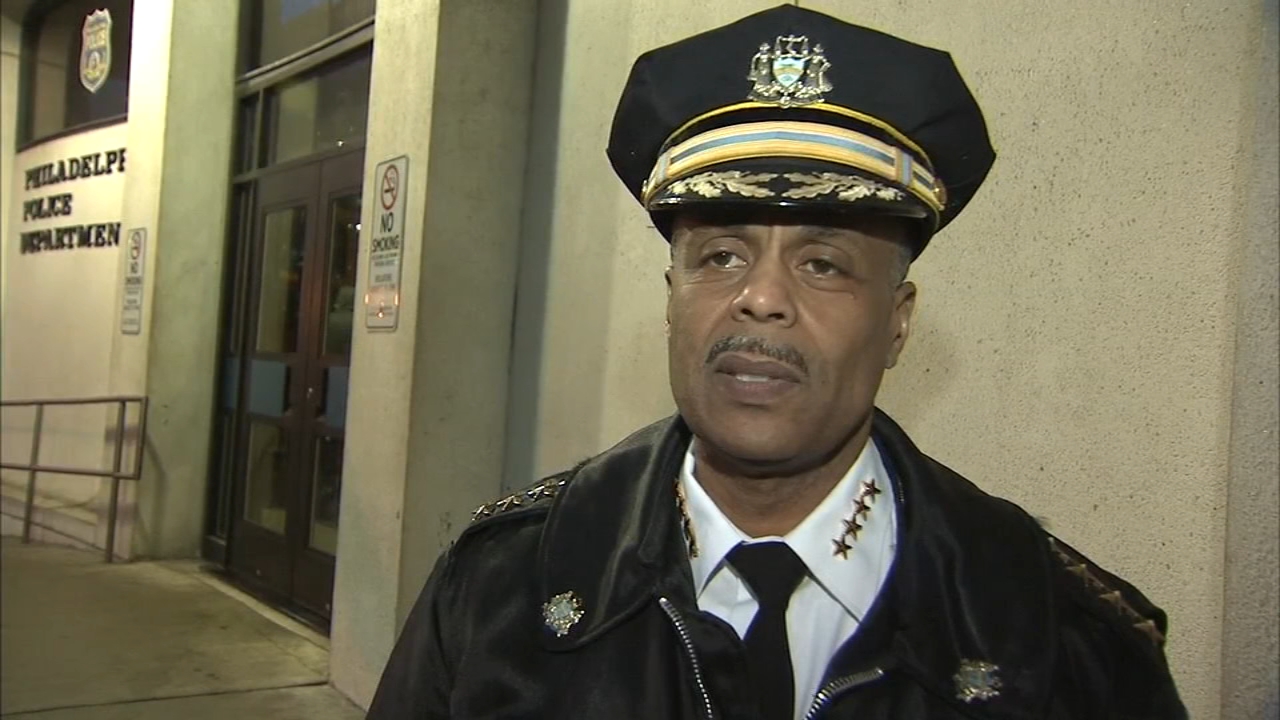 The demonstrators demanded Starbucks fire the manager of the store for calling the police.

As Johnson was being interviewed on "GMA," about two dozen protesters were at the downtown Philadelphia Starbucks chanting, "A whole lot of racism, a whole lot of crap, Starbucks coffee is anti-black."

"We don't want this Starbucks to make any money today. That's our goal," Abdul-Aliy Muhammad, one of the protest's organizers and co-founder of the Black and Brown Workers Collective, told The Associated Press.

In response, the company's CEO said this morning, Starbucks will conduct a thorough investigation of the incident and hopes to ask the two men who were arrested to "join me in finding a constructive way to solve this issue."

Johnson said he has yet to speak to the men, who have retained an attorney.

"Clearly, there's an opportunity for us to provide clarity and in addition to that I'd say there's training, more training that we're going to do with our store managers, not only around the guidelines but training around unconscious bias," Johnson said.

The 28,000 Starbucks store across the nation may have slightly different regional guidelines on how to handle situations that warrant police intervention, he added.

"Now, there are some scenarios where the police should be called. If there's threats or disturbance, those may be appropriate times," Johnson said. "In this case, none of that occurred. It was completely inappropriate to engage the police."

The arrests of the men were captured on video and tweeted by Melissa DePino, a 50-year-old mother of two who told ABC News she's vowed not to patronize Starbucks again. The video has since been viewed more than 9 million times.

"It was humiliating for those guys," DePino said. "They were completely minding their own business."

Both men were later released and the charges they were facing -- trespassing and disturbance -- were dropped Thursday night.

Philadelphia Police Commissioner Richard Ross Jr. said in a video testimonial released by the police department Saturday that his officers "did absolutely nothing wrong."

"I can tell you candidly these officers did a service they were called to do," he said.

Philadelphia Mayor Jim Kenney slammed Starbucks for the incident, saying it "appears to exemplify what racial discrimination looks like in 2018."

"Starbucks was built as a company that creates a warm, welcoming environment for all customers," he told "GMA."