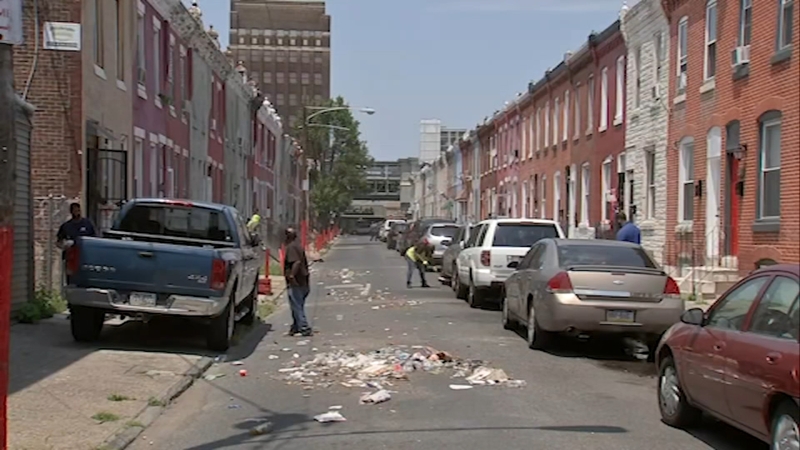 PHILADELPHIA (WPVI) -- During Mayor Jim Kenney's second term inauguration speech Monday, he announced an expansion of the city's street sweeping pilot program to every neighborhood and commercial corridor by the year 2023.

"And for cleaner streets, we will continue to ramp up dumping enforcement and build on our successful sweeping pilot program by expanding street cleaning to every neighborhood and commercial corridor by the year 2023. Yes, you heard that right--every neighborhood-- which will even require folks to move their cars," said Kenney.

Mayor Jim Kenney sworn in for second term, wants to tackle gun violence and poverty. Katie Katro has more on Action News at 6 p.m. on January 6, 2020.

Whether the "leaf blowers" will be used will be neighborhood-dependent.

The city expects to have a report on the success of the street sweeping pilot program next month.

The mayor's office tells Action News $21.5 million is earmarked for this over a five-year plan, including just over $4 million worth in the current budget.

Street sweeping coming to every Philadelphia neighborhood, Mayor Kenney says during his inauguration speech on January 6, 2020.

VOTE IN THE 6abc POLL: