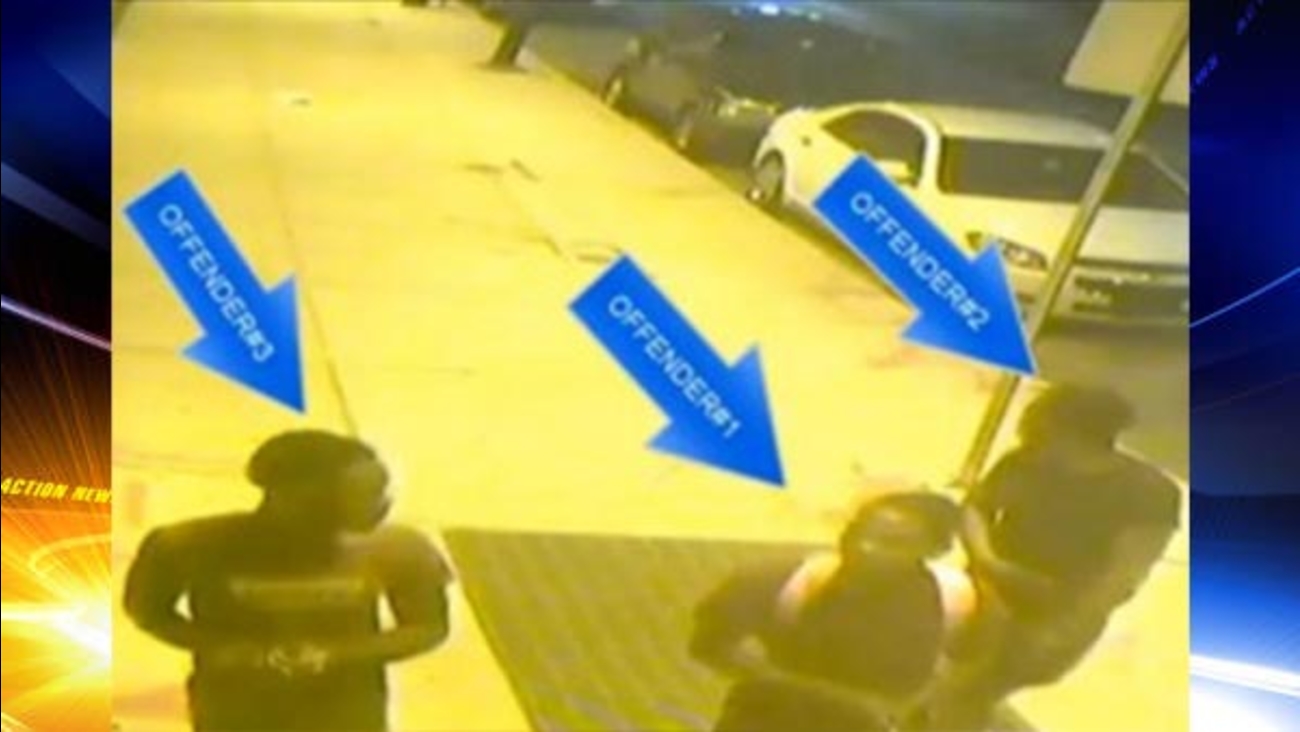 WPVI
PHILADELPHIA (WPVI) -- Police are asking the public's help in identifying three suspects wanted for the robbery a taxi driver and two other attempted robberies in Philadelphia.

Authorities say that on August 23rd, the trio hailed a cab along the 16-hundred block of Sansom and were taken to 1500 Deal Street.

They allegedly pulled a gun on the 39-year-old driver who was able to get away.

The first Suspect is described a black male, 17-19-years-of-age, carrying a yellow backpack, and armed with a handgun.

The second suspect is a black male, 18-years-of-age, with a round face.

The third suspect is a black male, 18-19-years-of-age, beard, wearing a grey or black t-shirt.

The suspects tried the same thing the next day but that driver also got away.

A 53-year-old female was driving a cab for Freedom Cab and picked up three unknown black males in the area of 12th and Race Street.

They directed her to the 1500 block of Deal Street when one of the males pointed a handgun at her and demanded money.

When the victim pushed the gun away and all three males fled and were last seen going through a fence on Deal Street.

Nothing was taken and there were no injuries reported during the incident.

The first suspect is described a black male, dark complexion, 5'6' tall, 150 lbs. and 17-years-of-age. He has a box hair cut faded on the sides, and wearing a black t-shirt.

Finally, on August 26th, police say a 50-year-old cab driver was picking up a customer on the 4200 block of Orchard Street.

When he arrived he noticed the location was an empty lot and was approached from behind by two suspects.

The victim was then hit on the head with a gun and his wallet was stolen.

The first suspect is described as a black male, 20-years-of-age, wearing a black t-shirt, green camouflage shorts, and armed with a handgun.

The second is a black male, 14-15-years-of-age, wearing a burgundy t-shirt.