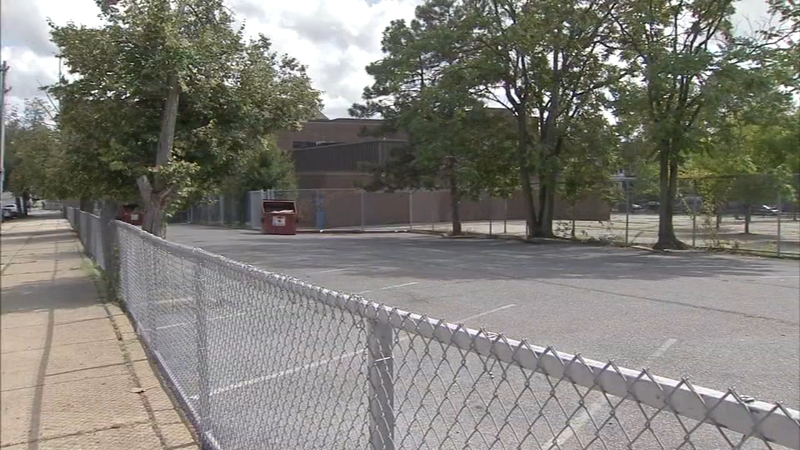 PHILADELPHIA (WPVI) -- Police said a 14-year-old boy is in extremely critical condition after being shot twice in the head while playing in a schoolyard in Southwest Philadelphia Saturday evening.

Police said the teen was at W.C. Longstreth Elementary, in the yard when someone shot him in the back of the head.

"We have bare-bones information. It's possible that the shooter fled in a burgundy colored Chevy Malibu," said Philadelphia Police Captain Lee Strollo.

According to investigators, some people in the group dragged the teen into the street.

"It appears they may have been trying to help him, but when we arrived they ran," Strollo added.

The teen was rushed by police to Penn Presbyterian in extemely critical condition. A person from a nearby home was also held for questioning.

Teen shot in the back of the head in Southwest Philadelphia. George Solis reports during Action News at 11 p.m. on August 24, 2019.

"Someone fled from the back of that house, and it was a female, so we're talking to her now. We don't know if that's connected either, but we want to get to the bottom of it," Strollo said.

Residents told Action News they were horrified by the violence and were hopeful the teen pulls through.

"I only can imagine. 14-year-old, just so much going on in the city of Philadelphia, all over the world, just gotta pray for peace," said neighborhood parent Jasmine Bell.

"I hope he pulls through. I will be praying but they need to stop glorifying these guns, I don't know where they are getting them. It's easy to get them, like a candy bar or something. They need to stop, put them down," added resident Kimberly Clark.

Police say no arrests have been made and no weapon was recovered.