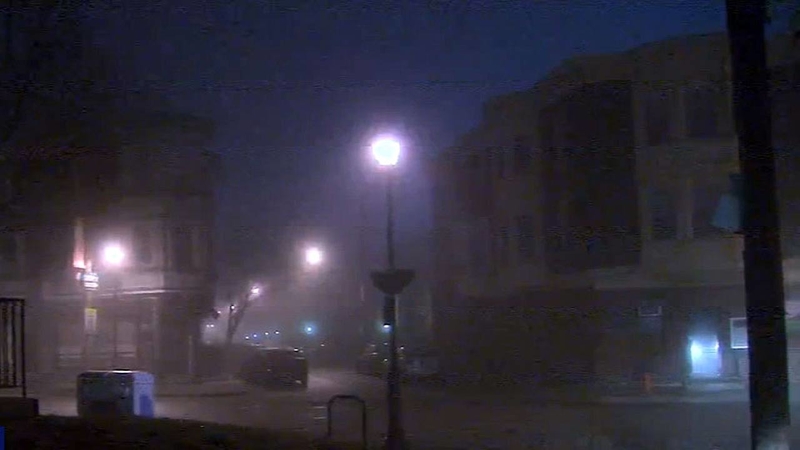 EAST MT. AIRY (WPVI) -- Police say a teenage girl was stabbed by another teen in the East Mt. Airy section of Philadelphia during a fight that began over a social media post.

The 13-year-old victim was taken to Temple University Hospital where she underwent surgery for a stab wound the stomach.

She remains hospitalized in stable condition. The 15-year-old girl who stabbed her fled the scene and remains at large.

According to authorities, the 13-year-old victim and a teenage friend, got into a fight with the 15-year-old suspect over an Instagram post.

Police say the suspect pulled out a kitchen knife with a black handle and stabbed the victim once in the stomach.

The 13-year-old was taken to the hospital in a private vehicle, and police were called.

Police say the victim's friend saw the stabbing and has been cooperating with the investigation.

"Based on the witness account - the friend of the victim - this entire stabbing was all motivated by social media and Instagram posts. It had nothing to do with school, because the perpetrator and the victim do not go to the same school," Philadelphia Police Chief Inspector Scott Small said.

Detectives are looking for surveillance footage from nearby businesses that might be helpful.