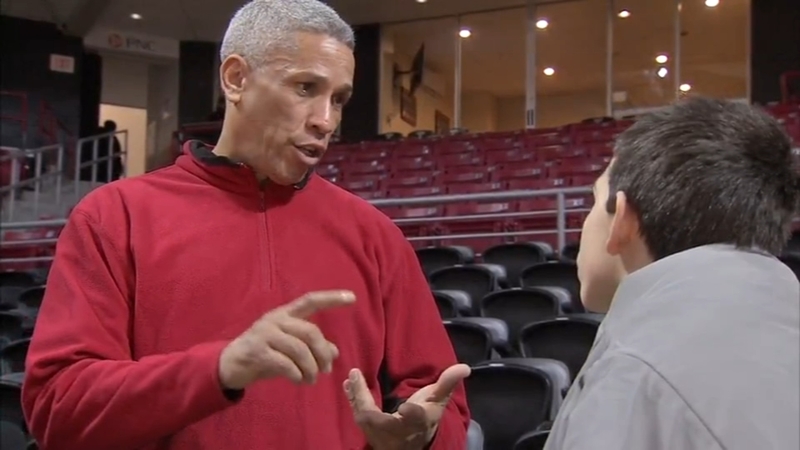 PHILADELPHIA (WPVI) -- The father of a South Jersey, basketball-loving teen says he has tried but cannot seem to get through to his son.

Thirteen-year-old David Rivera Jr. of Millville wants to play in the NBA, so much so he doesn't care about school at all, his grades are all D's and F's.

He even wrote a letter to his dad about how much he doesn't care.

"My behavior as a student is not good at all, my behavior is not good because I don't like school. I feel it's a waste of my time. The career I have chosen involves no math, so it doesn't matter. I can be good, I just don't know why I'm not," the letter read.

So, in a last ditch effort to save his son, David Rivera Sr. reached out to the Temple University men's basketball team, in hopes of inspiring his young player to take his education seriously.

"His exact words to me were, 'I wouldn't believe it from you, dad, until I heard it from a coach,'" says David Rivera Sr.

And now, the Owls are stepping up to remind the 13-year-old just how important a good education really is.

The team gave Rivera and his dad free tickets to Sunday's game, and invited them to watch the team warm up courtside.

"Any help coming from anybody besides his father at this point is helpful because I'm hitting my head against the wall and it's not working," says Rivera Sr.