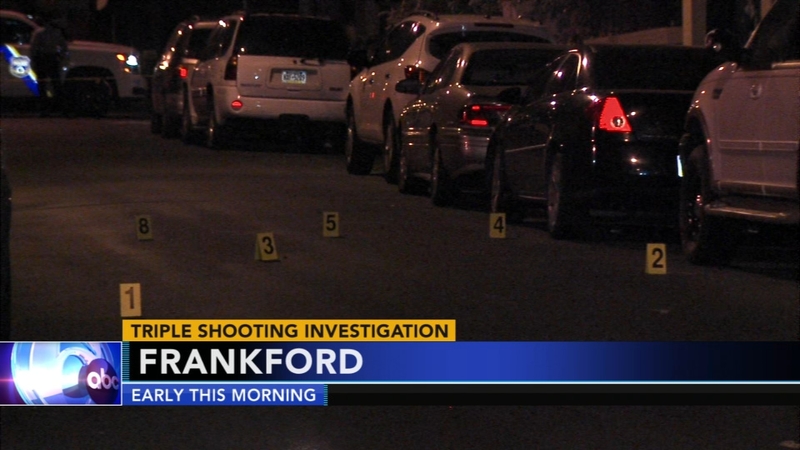 FRANKFORD (WPVI) -- One person was killed and two others were injured in a shooting in the Frankford section of Philadelphia.

It happened around midnight Tuesday on the 1500 block of Arrott Street.

Two other men, an 18-year-old and 43-year-old, are both in stable condition.

Drugs were reportedly found at the scene.

So far, there are no arrests, and police say the surviving victims are not cooperating with the investigation.