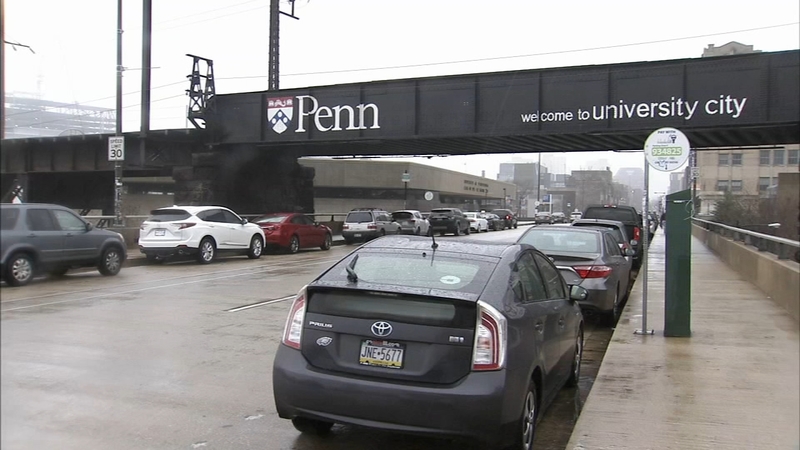 University of Pennsylvania police officers responded to a report of a sexual assault just after 4 a.m. Saturday on the 3100 block of Walnut Street.

Upon arrival, officers met with the 38-year-old victim who said she was sitting inside of her car looking for her purse after leaving a party when an unknown man entered her vehicle brandishing a firearm.

According to police, the suspect then raped the victim at gunpoint while inside of her vehicle.

"I wouldn't have ever guessed something like this would happen in this area especially," said Labrea Faulkner of University City.

"It's very unfortunate and very sad. Prayers go out to her and her family," added Ashely Carr of Southwest Philadelphia.

After the assault, the suspect fled the scene on foot.

While police begin to review surveillance video around the area, Action News spoke with several women who are already taking precautions, walking in groups even during the day.

Joceline Perez and Alondra Moreno, both of University City, were walking together.

"Oh yeah, I never walk by myself yeah," said Perez. "I mean more than 2 even 3, 4 people especially if it's just a group of girls," added Moreno.

The suspect is described as a black male, approximately 25-years-old, with a goatee. He was wearing a black hoodie, black pants, and was armed with a handgun.