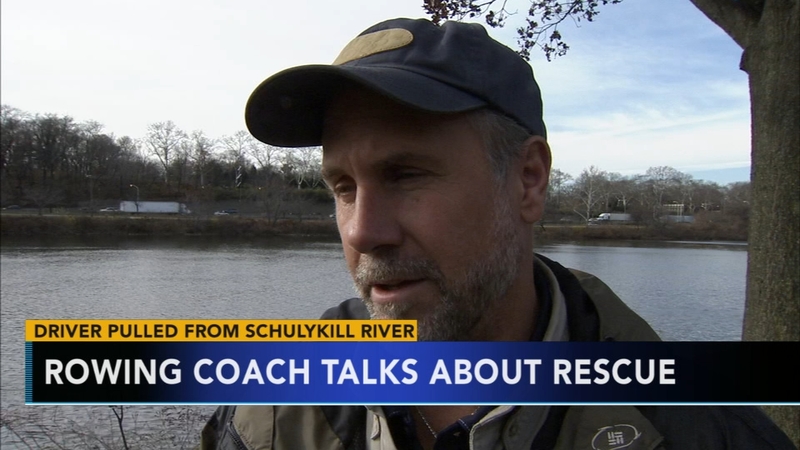 PHILADELPHIA (WPVI) -- The head coach of the Penn Athletic Club rowing team is reflecting on the moment his athletes saved a woman's life in the Schuylkill River.

Sean Hall was leading his team down the river on Tuesday night when the group noticed headlights under the water near the Strawberry Mansion bridge.

One of the rowers jumped in, trying to see if anyone was inside the submerged vehicle. After several tries, he was able to pull the 61-year-old driver from the car.

With Hall's help, they got the woman into the coach's motorboat.

Another rower then jumped in to help resuscitate her.

Hall says he knows it's not the first time Penn rowers have rescued people from the Schuylkill, and it likely won't be the last.

For that reason, he's considering training his team to help in the future.

"So I think we will start addressing it, in terms of doing something to at least the ability to respond when needed," Hall said.

At last check the rescued woman was listed in stable condition at the hospital.

Police say she may have driven into the water intentionally.