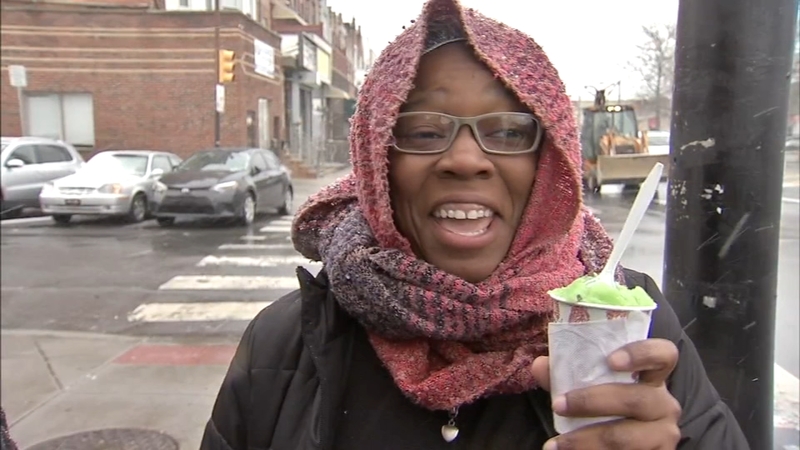 But no one can believe he's still around in such a big way.

Say, hypothetically, you could talk to him, most people today say it wouldn't be a good conversation.

"It would be indecent!" Brian McCole of South Philadelphia said.

He was buying salt again for yet another snowstorm at Lowe's in South Philadelphia.

He's a teacher and he's not happy.

He said, "Between 16 cases of the flu and four nor'easters it's been the longest winter of everybody's life."

Since around noon today a snowy, icy mixture has been beating down over the city.

It's customary on the first day of spring Rita's and Dairy Queen give out free water ice and cones.

Stephanie Loeh bought a cone. She said, "Looks like you have some snowflakes on it. Yeah, I have ice on my ice cream!"

We found parents were picking up their kids from school early today from the Nebinger Elementary School on Carpenter Street.

Shannon and Uriah Moskal say they're prepared if city schools closed tomorrow for yet another snow day.