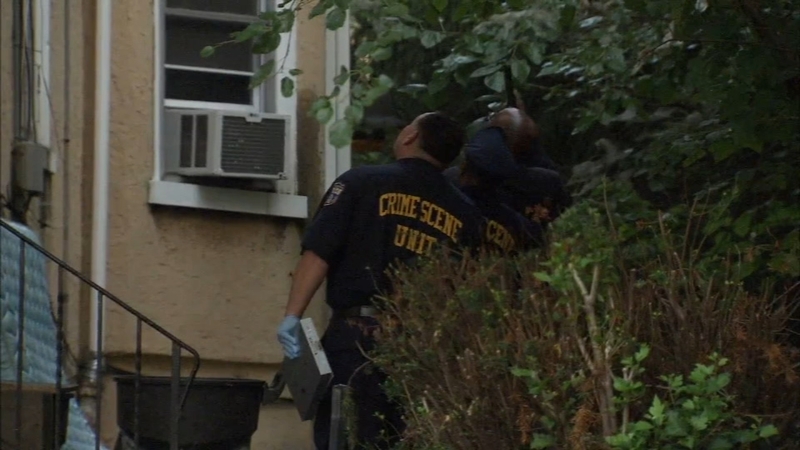 WISSINOMING (WPVI) -- Many questions remain after a woman was shot and killed in the Wissinoming section of Philadelphia.

Police are not sure if the woman, believed to be in her 20s, lived in the third floor apartment on the 5900 block of Keystone Street where she was found.

Police were called to the scene around 3:30 a.m. Thursday.

The victim was discovered on the kitchen floor suffering from a gunshot wound to the chest. She was unresponsive and soon pronounced dead. Police say they do not know her identity at this time.

Arriving officers saw two men climbing down the second floor porch roof. They were taken in for questioning as witnesses and are cooperating. At least one of the men live in the third floor apartment.

"People in the building did hear two shots fired and they did hear several people running down the steps," Philadelphia Police Chief Inspector Scott Small said.

A K-9 unit was called in to search for a gun or any other ballistic evidence.

Residents who were in other apartments in the building are also being questioned.