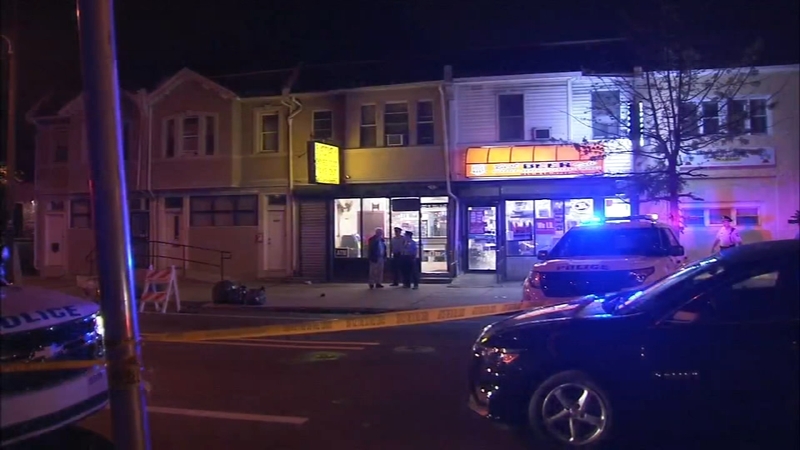 EAST MOUNT AIRY (WPVI) -- A woman and a young man were shot while standing outside a home in the East Mount Airy section of Philadelphia.

Police say the 60-year-old woman was spending time with friends on a stoop on Chew Avenue near Sharpnack Street when suddenly shots rang out.

The woman was hit in the leg.

Police were called to the scene and the woman was taken to the hospital in stable condition.

Soon police were notified of a second victim, a 20-year-old male who was shot in the torso and leg.

"While investigating the scene, we were notified by Einstein [Medical Center] that a second victim, who was also shot at this location, showed up by private auto," Philadelphia Police Chief Inspector Scott Small said.

Police believe the man, who was with the woman and her friends, was the intended target since he was shot twice. He is in critical condition, but expected to survive.