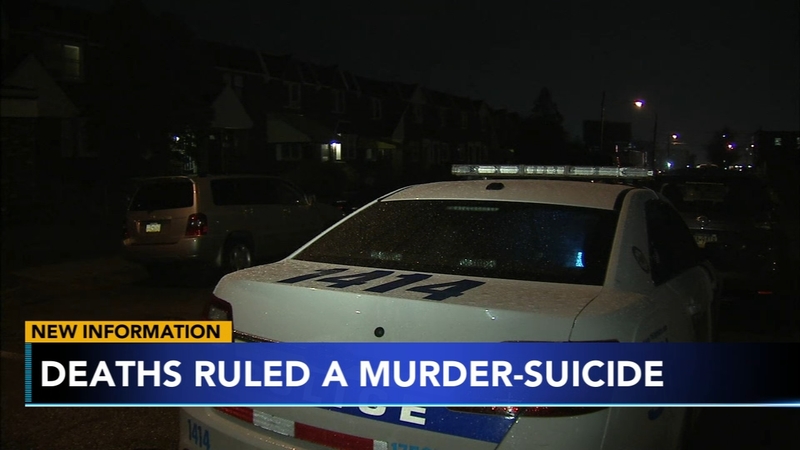 PHILADELPHIA (WPVI) -- Two children returning from school discovered the bodies of their parents inside a home in the Cedarbrook section of Philadelphia, police said.

It has been ruled a murder-suicide, according to Acting Police Commissioner Christine Coulter.

The two women, ages 38 and 50, were found unresponsive with head wounds, police said. They were pronounced dead at the scene.

@PhillyPolice say no sign of forced entry into Cedarbrook home, nothing appears to be taken. Detectives aren’t ruling out murder-suicide. Neighbor says he just saw the mother 24 hours earlier before she and another woman inside the home were discovered dead by two kids @6abc pic.twitter.com/YvamBqwszN

Detectives said the pair had gunshot wounds to the head and chest, with two shell casings and a handgun near both bodies.

"It's tragic. I can't imagine what the boys are going through to come home and walk into something like that," said neighbor Aminata Simbo.

"A friend of mine told me they ran into some children that were crying, and they ran back to the crossing guard to tell them that their parents were dead," said neighbor Cynthia Nottingham.

The exact time of the shooting is not known, nor how long the victims had been dead before being found. Detectives said they're not ruling out a murder-suicide.

"I spoke to her, she's always got a friendly smile, no hint of anything being wrong though," said Johnson.

Police are waiting for an autopsy to determine an exact cause of death.