6abc ZooBalloon to return in Spring 2015 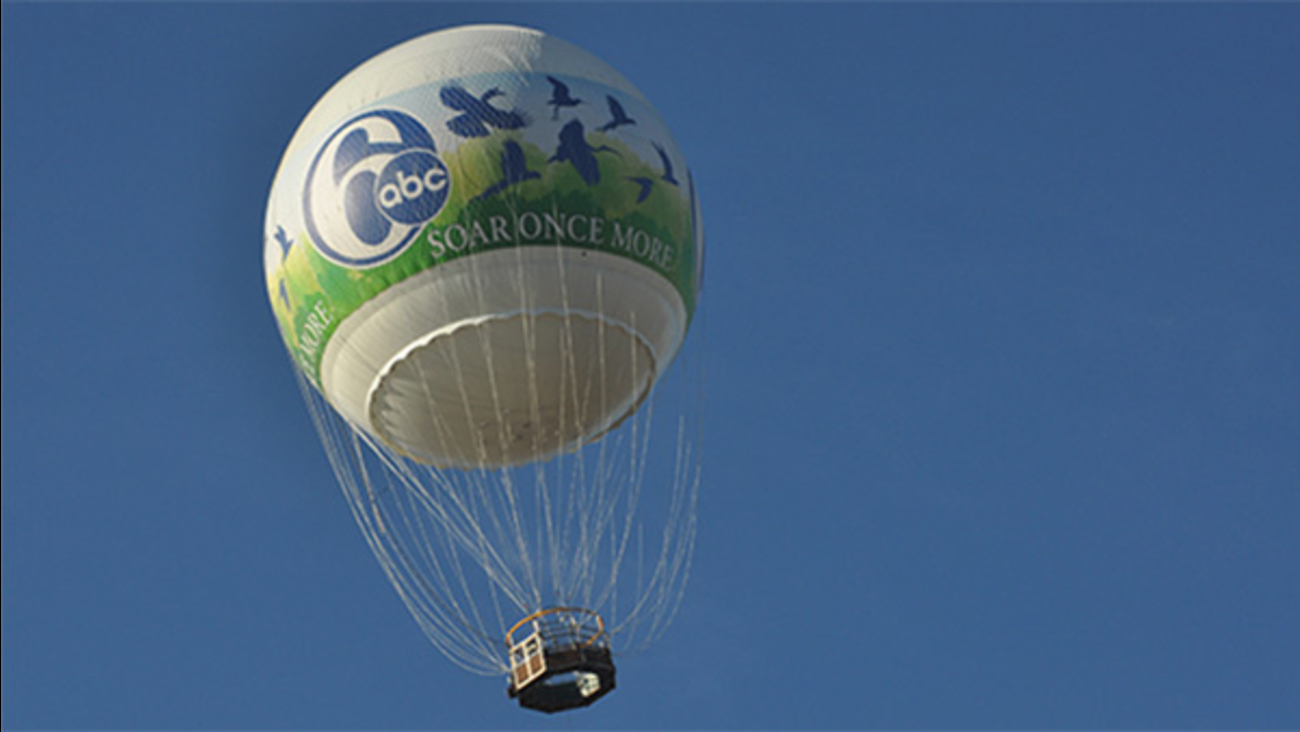 PHILADELPHIA (WPVI) -- Philadelphia Zoo today announced that the 6abc ZooBalloon will return in spring 2015 after what was believed to be the final season for this iconic piece of the City's skyline. After a complex insurance negotiation, coupled with tremendous public support and heartfelt requests from the community, Philadelphia Zoo and 6abc have once again come together to make the return of the 6abc ZooBalloon a reality.

After the balloon envelope suffered irreparable damage due to severe weather last winter, Philadelphia Zoo implemented a controlled release of its helium in February 2014. In response, the Zoo and 6abc worked to obtain a one-season-long rental balloon, which currently takes flight at the Zoo's Balloon Plaza through November 23, 2014. After a lengthy insurance settlement process, it was determined that the most constructive option would be to install a replacement balloon.

"The 6abc ZooBalloon made its home in the Philadelphia skyline more than a decade ago, and its impact on the Zoo experience, the city and its people has since been remarkable," says Vikram H. Dewan, Philadelphia Zoo President and CEO. "Though we believed 2014 would be the last season for the balloon, we are proud to continue to provide an experience that has given so many people such impactful, lasting memories."

"We are thrilled with the Zoo's decision to fly a new balloon next year," says 6abc President and General Manager, Bernie Prazenica. "6abc is a proud supporter of the zoo, and we've been a proud sponsor of the balloon since 2002. We hope zoo patrons take the opportunity to experience a balloon ride, and enjoy this fixture to Philadelphia's skyline."

The current balloon will continue to fly until its November 23rd deflation, weather permitting, and will then be shipped back to Lindstrand Balloons USA in the United Kingdom, which was always the intention as there are only a few tethered helium balloons of this kind in the world.

A brand new balloon will be installed and operational in spring 2015. This popular attraction allows Zoo guests to rise to heights of 400 feet overlooking giraffes, zebras, rhino and more of the Zoo's majestic wildlife. From above the treetops, guests can enjoy spectacular, one-of-a-kind views of Fairmount Park and Center City.