PHILADELPHIA (WPVI) -- Brandon Belt and Kevin Gausman made sure Gabe Kapler could raise a glass in his return to Philadelphia.

Kapler became the first manager in major league baseball history to start his career 200-200. Kapler, who was 161-163 as Philadelphia's manager in 2018-19, was booed when he brought out the lineup card.

"My feelings are I'm just focused on doing a good job with the San Francisco Giants," Kapler said.

His coaches and a few players, including Gausman, came into his office and had a drink together to celebrate his 200th win.

"Hopefully it was a good win for him coming back to Philly," Gausman said.

"This was a battle for Gaus," Kapler said. "This was one of the more impressive starts I've seen from him because he had to grind through the middle of that lineup a few times. They grind you down. They're not easy outs. I thought Gausman was especially resilient in this outing. He was a fighter."

Matt Wisler tossed a perfect seventh, Camilo Doval worked the eighth and Wandy Peralta finished off the seven-hitter for his second save.

The Phillies were 0 for 8 with runners in scoring position - all against Gausman - and left 11 runners on base.

Anderson got the first two outs in the third before Evan Longoria ripped a double. Belt followed with a shot into the right-field seats to give the Giants a 2-0 lead.

A fan wearing a red Phillies cap, later identified as baseball collector Zack Hample, ran down the aisle and leaped over the seats to retrieve the ball only to land flat on his back and end up trending on Twitter.

The Phillies had runners on second and third with two outs in the third after consecutive singles by Rhys Hoskins and Bryce Harper, but Gausman froze J.T. Realmuto with a 3-2 splitter for a called third strike.

Gausman escaped a tougher jam in the fourth after Alec Bohm led off with a walk and Jean Segura hit his 200th career double. Gausman struck out Mickey Moniak and Nick Maton and retired pinch-hitter Brad Miller on a grounder to leave two runners in scoring position.

"I just got lucky with the guys coming up the plate, two young guys who were left-handed hitters and I was just going to pitch to my strength," Gausman said about facing Moniak and Maton.

"We chased some pitches," Girardi said. "We had a number of chances to get to him and we didn't do it."

Giants catcher Curt Casali has been behind the plate for all of four of the team's shutouts, including a 1-0 win at Miami on Sunday. He's the first Giants receiver to catch shutouts in four consecutive starts since Broadway Aleck Smith did so May 6-24, 1901, per the Elias Sports Bureau.

Phillies: Maton and LHPs Damon Jones and Cristopher Sanchez were recalled from the alternate site.

Giants: C Buster Posey wasn't in the lineup for the second straight game because of a bruised left elbow. He was hit by a pitch from Sandy Alcantara on Saturday.

The Associated Press contributed to his report. 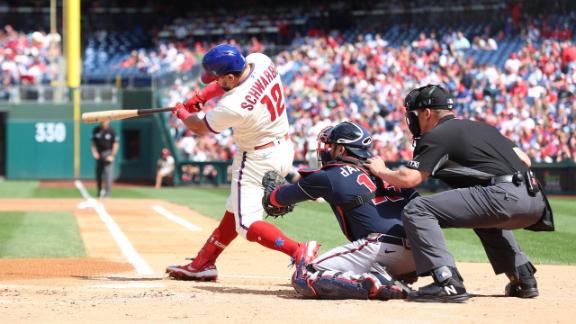 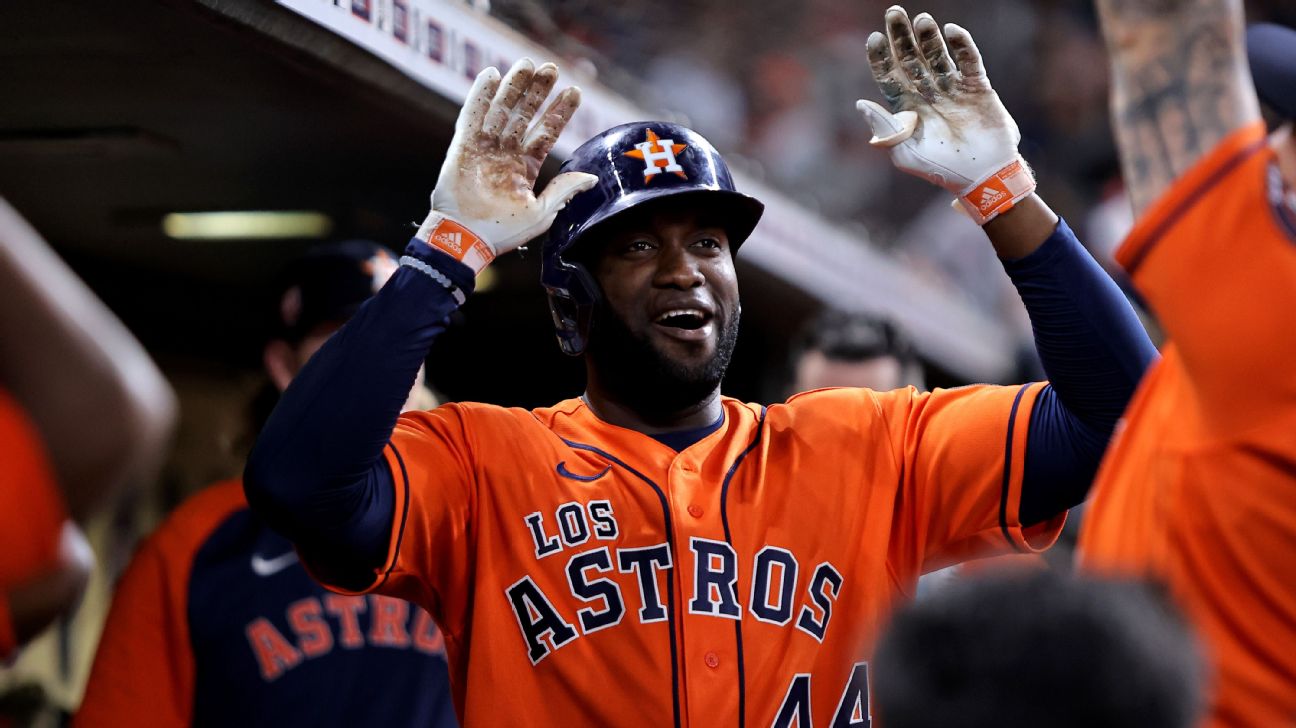 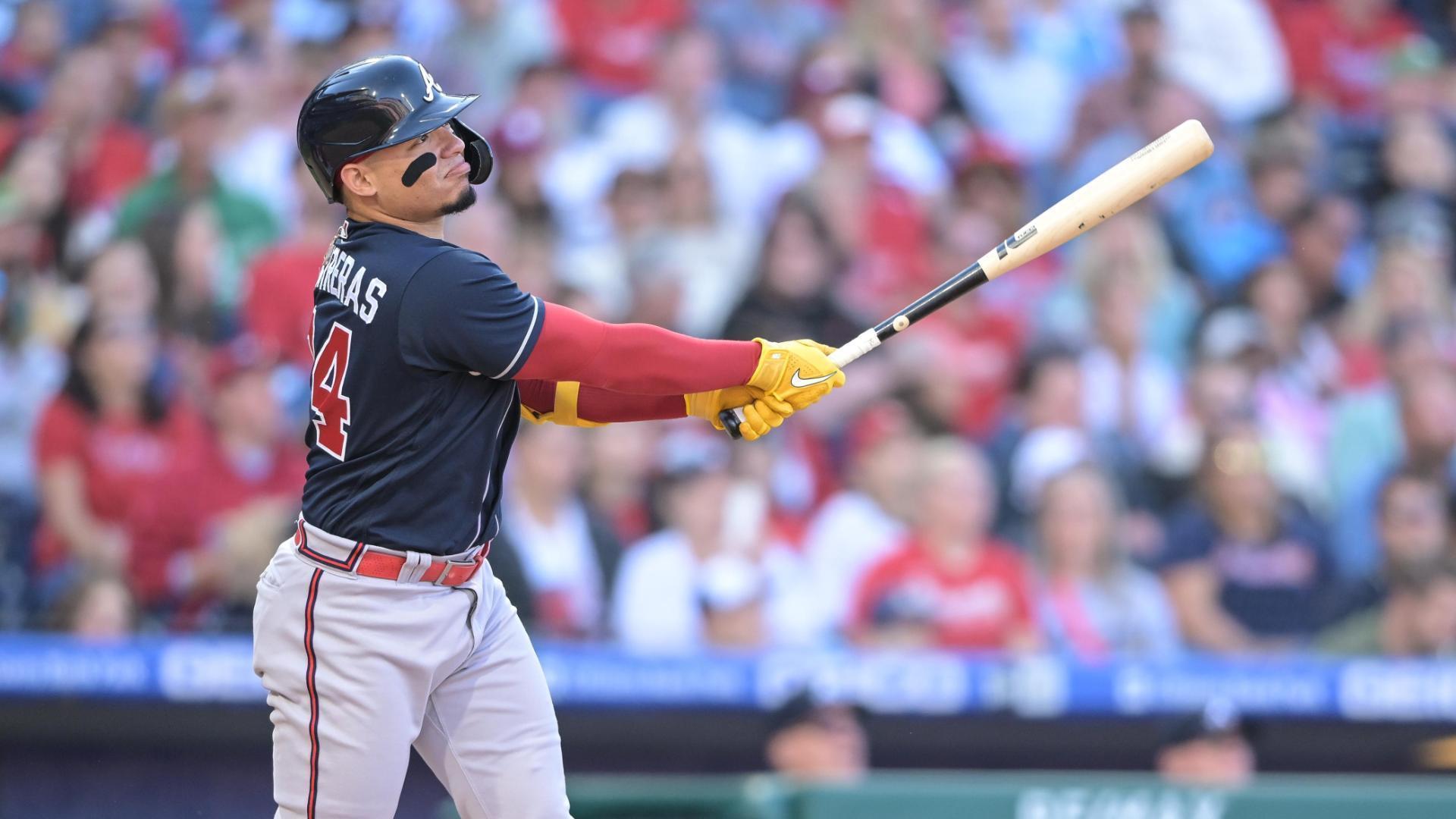