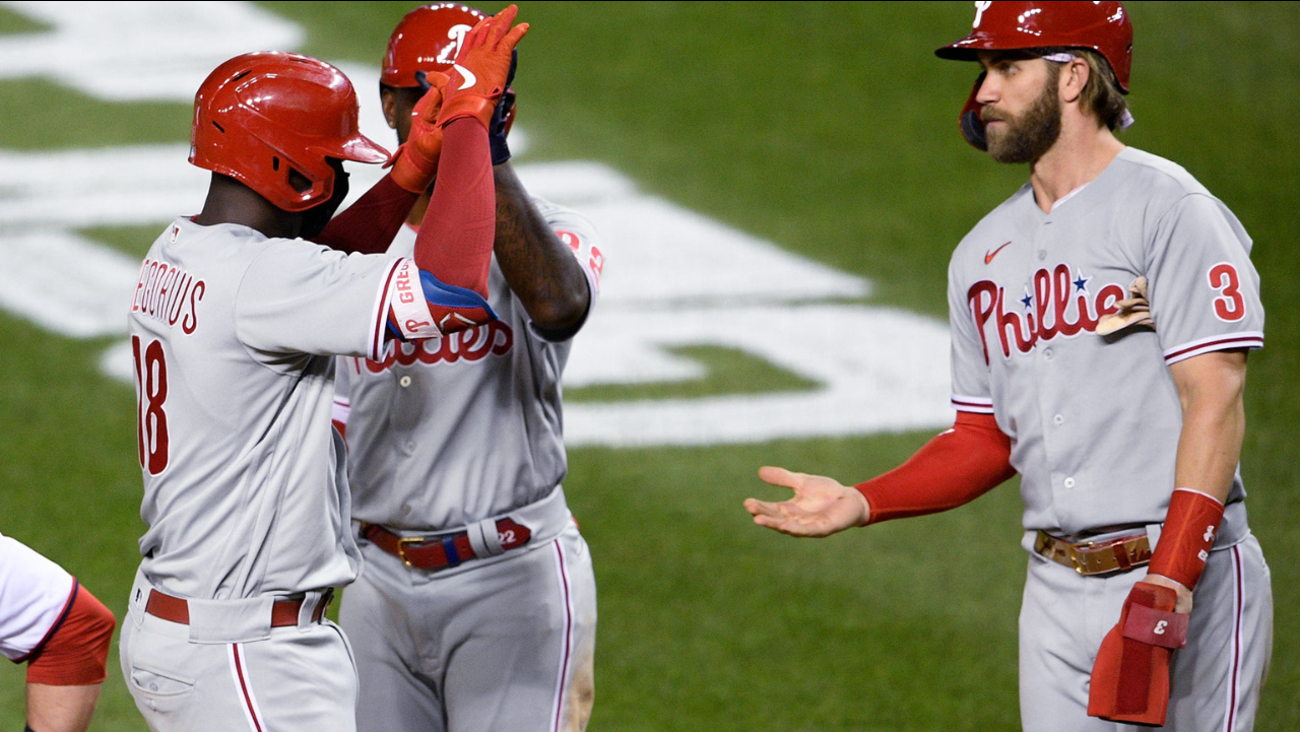 WASHINGTON (WPVI) -- Bryce Harper showed up to Nationals Park, his old stomping grounds, about six hours before Wednesday night's first pitch to get treatment for a bothersome back, then got a chance to stay off his feet a bit as the designated hitter instead of an outfielder.

All Harper did was smack a pair of homers to help his current club, the Philadelphia Phillies, keep their playoff hopes afloat - and push his former club, the Washington Nationals, to the brink of elimination a year after they won the World Series.

With Harper leading the way, and homers from Andrew McCutchen, Didi Gregorius and Andrew Knapp, too, the Phillies beat the Nationals 12-3 Wednesday night.

🔥Bryce Harper on getting the Phillies to the playoffs

“I came here to win... I came here to get the Philadelphia Phillies back to Broad Street... you gotta want it. You got to come in here every single day and want to win”@6abc@bryceharper3@Phillies#BryceHarper #Phillies pic.twitter.com/xQACSVwqOi

"We're at the part of the season where I need to be on the field," Harper said. "Nobody wants to hear any excuses."

The Phillies are 28-29 and third in the NL East but right in the thick of the playoff chase with three games to play in this pandemic-truncated season. Philadelphia is a half-game behind Miami for second place in the division, which earns an automatic trip to the postseason.

The loss ended Washington's modest - albeit season-best - four-game winning streak and left its record at 23-33. A victory by San Francisco later Wednesday would rule out a postseason return for the Nationals.

"It's really tough to come back every year," said Nationals slugger Juan Soto, who homered in the ninth, "because everybody is expecting things from you and your team."

Harper, who left the nation's capital for a $330 million contract with the team up I-95 before last season, connected off Erick Fedde twice to reach 13 homers for the year - on a 94 mph sinker in the first inning and a 77 mph curveball in the sixth to make it 3-1.

Harper was walked intentionally in his other three plate appearances. He is only the fourth player in MLB history with two homers and a trio of intentional walks in a game: Albert Pujols, David Wright and Claudell Washington are the others.

Zach Eflin (4-2) earned the win by giving up three runs in eight-plus innings.

The secret to his success with his curveball?

"I stopped throwing it like a baby," Eflin said.

Until Wednesday, Harper was hitting just .143 in nine games against Washington this season, with zero extra-base hits, one RBI and 14 strikeouts.

Manager Joe Girardi said Harper's back has been bothering him off and on for about four or five weeks.

"Some days are good. Some days are bad. I've just tried to stay in the lineup," Harper said. "This is something that will get better in the offseason and get to full strength."

Asked whether he would like his up-in-the-air contract status resolved before the season ends, Nationals manager Dave Martinez said his agent and GM Mike Rizzo have "had many conversations; they're talking about it; I leave that up to them." Martinez joined Washington on a three-year contract with a club option for a fourth in 2021, which has not been picked up. "I love it here. I don't see myself going anywhere else," Martinez said.

Phillies: 1B Rhys Hoskins (left elbow) is unlikely to be activated off the injured list before the regular season ends, Girardi said. ... J.T. Realmuto (strained left hip flexor) started at 1B instead of catcher and drove in a run with a bases-loaded groundout.

Nationals: 3B Carter Kieboom (bruised left wrist) went on the 10-day IL, and RHP Wil Crowe was recalled to the active roster.

Phillies: Off on Thursday, then finish the regular season with a three-game series at Tampa Bay that opens Friday.

Nationals: Begin a four-game home series against the New York Mets on Thursday to close the regular season, with LHP Patrick Corbin (2-6, 4.76 ERA) going to the mound for Washington. The Mets are the only team Corbin has beaten in 2020, going 2-0 with a 3.09 ERA in two starts against them. 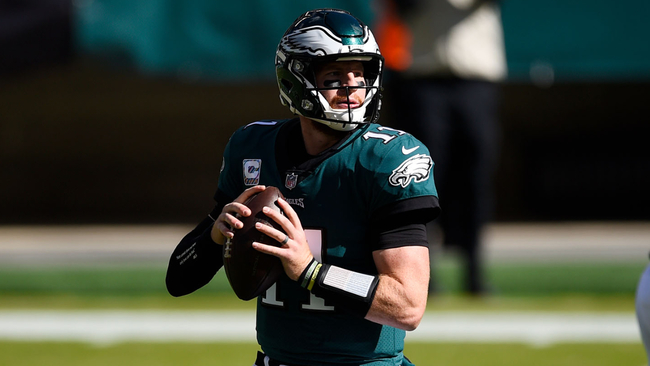 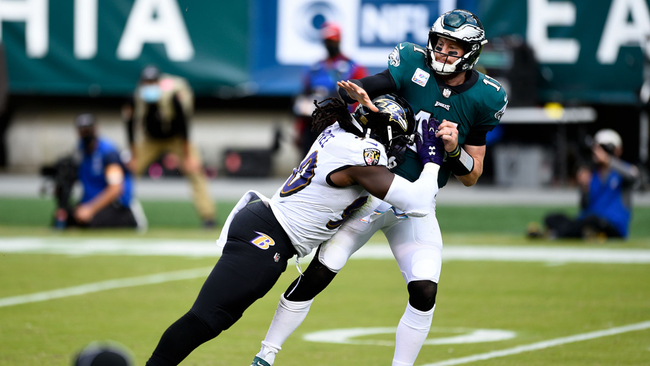