Bryce Trying to Bust Out of Slump 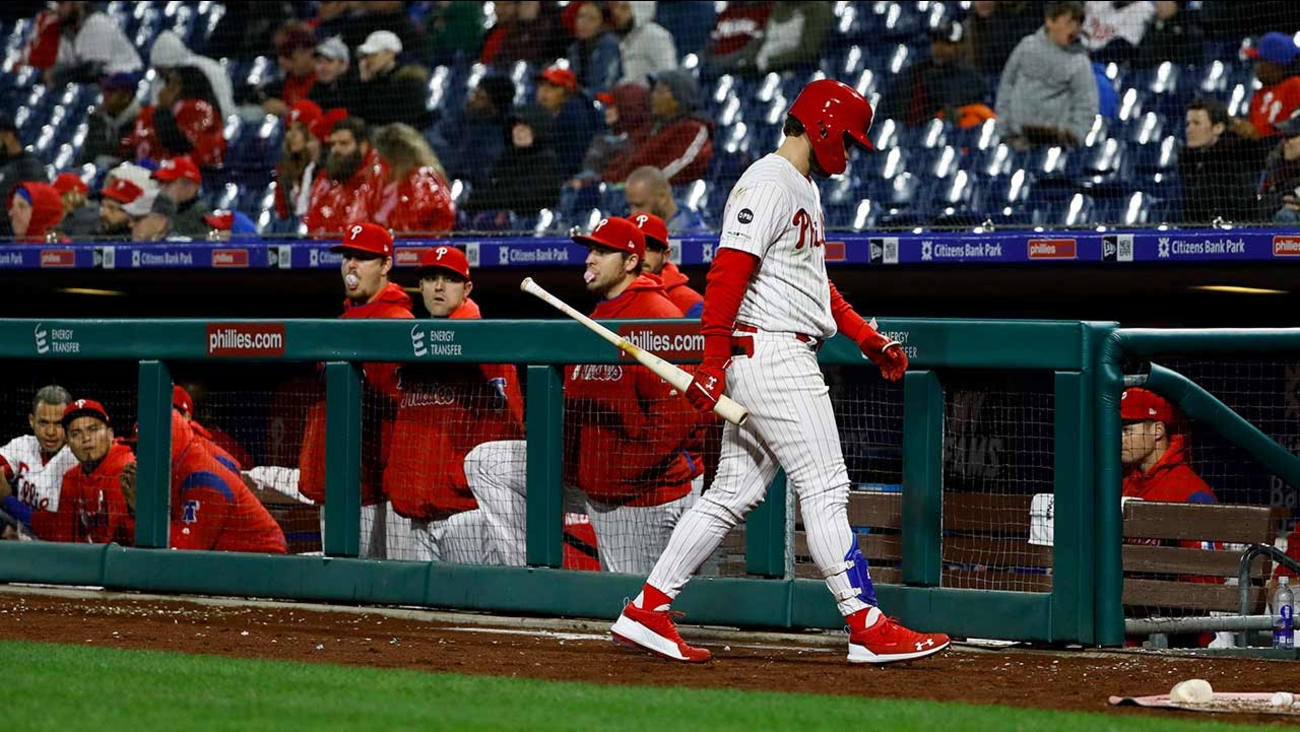 After a red hot start to his career with the Phillies, Harper continues to struggle.

In Harper's last 22 games he's hitting only .147 average with 31 strikeouts and is currently in an 0-14 funk that has dropped his average to .219 on the season with the most strikeouts in baseball.

Could Harper benefit from an off day for a break? Harper says he does not know if a day off would help.

Asked Tuesday if he needed one, Harper said, "I like to play. I like to be out there. I've just got to keep going, keep grinding."

Gabe Kapler discussed the possibility of sitting Harper on Wednesday but thinks his star player is close to busting out of it.