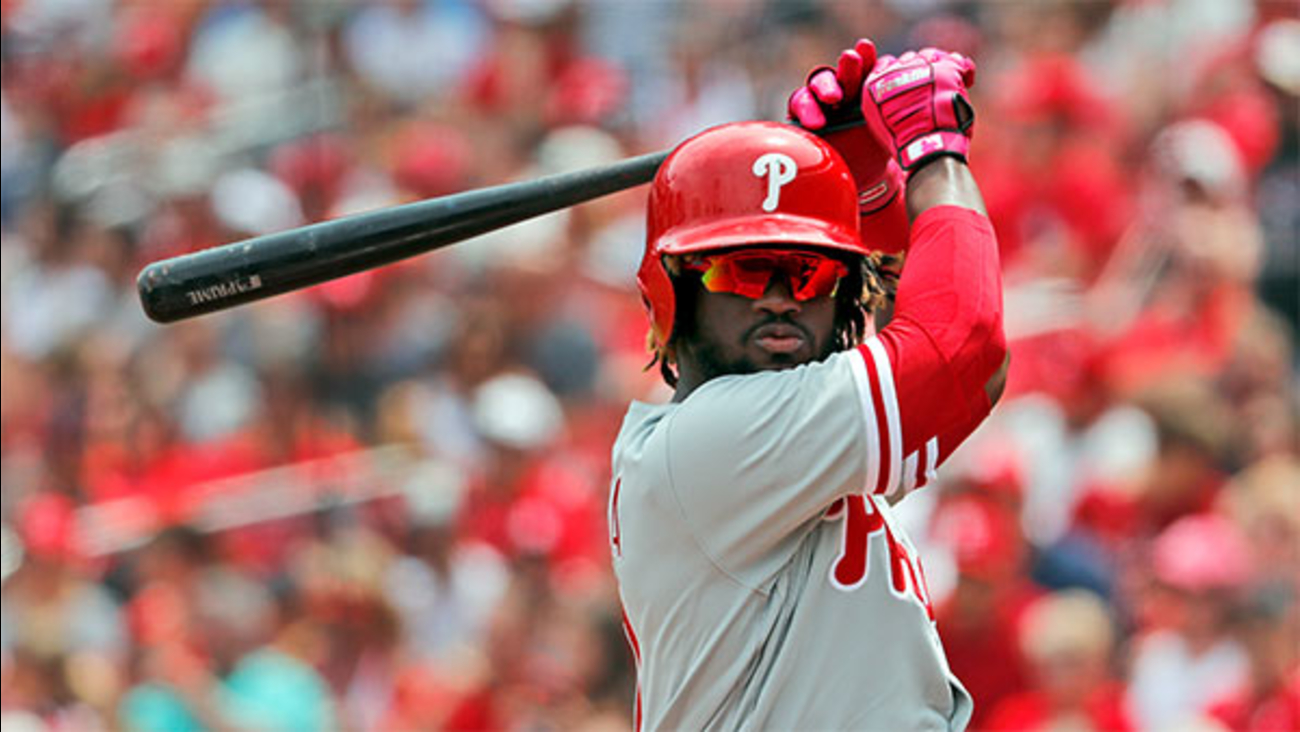 Philadelphia Phillies' Odubel Herrera prepares to bat during the first inning of a baseball game against the St. Louis Cardinals Saturday, May 19, 2018, in St. Louis. (Jeff Roberson)

ST. LOUIS -- Odubel Herrera homered and Jorge Alfaro drove in the go-ahead run to propel the Philadelphia Phillies to a 7-6 win over the St. Louis Cardinals on Saturday.

Alfaro was scratched with right knee soreness after originally being in the lineup. He was removed from Friday night's game with soreness in the knee. Alfaro pinch hit for Andrew Knapp in the eighth inning and knocked a single up the middle to drive in Scott Kingery.

Herrera extended his streak of reaching base to 45 consecutive games with his third-inning home run.

Tyler O'Neill tied the game 5-5 when he hit his first career home run off Luis Garcia in the sixth inning.

Cardinals: RHP Alex Reyes (elbow surgery) was transferred in his rehab from Single-A Peoria to Springfield and will start for the Double-A club Saturday night. LHP Tyler Lyons (mid back strain) will also make a rehab appearance Saturday night at Springfield