WPVI
PHILADELPHIA (WPVI) -- The treasurer for the City of Philadelphia has been charged by the U.S. Attorney's Office with several federal offenses.

Christian Dunbar, 40, is charged with bank embezzlement and immigration fraud. 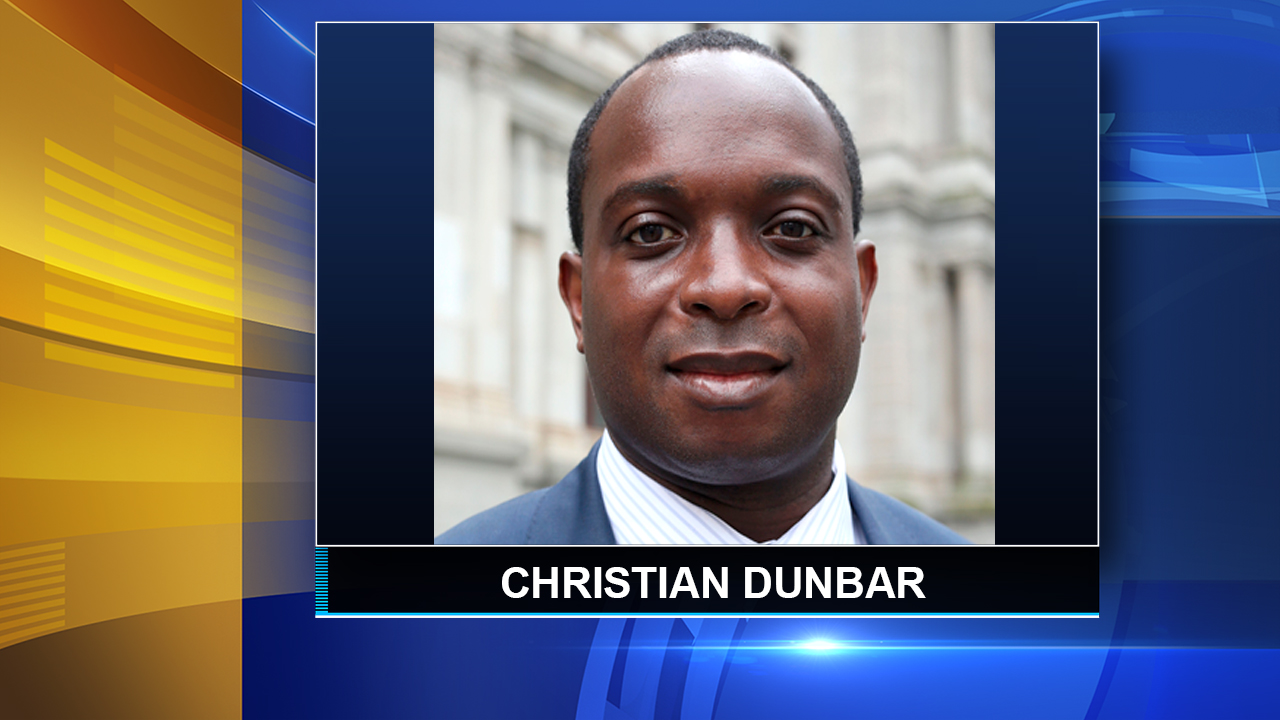 According to McSwain, Dunbar stole $15,000 from two customers while employed by the Wells Fargo bank in Newtown Square, Pa. between late 2015 and early 2016.

Investigators say Dunbar directed the victims to sign blank withdrawal slips, which he then used to withdraw money from their accounts.

According to McSwain, the thefts happened just weeks before he was appointed deputy treasurer for Philadelphia.

Dunbar is also accused of entering into what McSwain called a "sham" marriage to obtain citizenship in the United States.

Investigators say both Dunbar and his current wife - who were not U.S. citizens at the time - married individuals who are U.S. citizens in December, 2006.

All four people attended Temple University together and coordinated the plan, McSwain said.

In 2012, Dunbar applied to become a permanent resident of the United States, and subsequently become a naturalized citizen in January 2016.

He filed for divorce from that marriage two months later, McSwain said.

However, McSwain said, Dunbar and his current wife were married in the country of Senegal in 2013, while Dunbar was still in his first marriage.

Dunbar was born in Liberia, of which his maternal grandfather, William Tubman, was president for nearly 30 years.

Dunbar came to the U.S. in 1988 and later obtained temporary protected status. He graduated from Temple University, where he was a captain of the football team.

If convicted, Dunbar faces a maximum possible sentence of 45 years' imprisonment and a fine of $1.5 million.

Mayor Jim Kenney said the allegations do not involve Dunbar's work with the city, but "in light of the allegations, his employment has been terminated effective immediately."

Kenney said he has asked the inspector general to begin a review of the treasurer's office during Dunbar's time as both deputy treasurer and treasurer.

"This review can help resolve any concerns about the Office's conduct and transactions during this period," Kenney said.