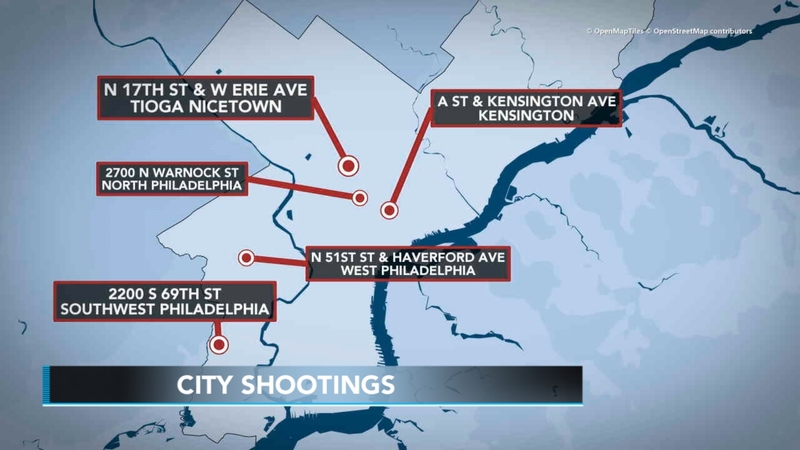 PHILADELPHIA (WPVI) -- A barrage of gunfire across the city of Philadelphia left four people dead and four others injured in separate shooting incidents on Wednesday.

Police said an 18-year-old man died after being shot in the neck around 3:13 p.m. at 17th Street and Erie Avenue in Tioga-Nicetown.

In North Philadelphia, a triple shooting left a man dead and two others injured around 7:34 p.m. on the 2700 block of N. Warnock Street.

Philadelphia police are investigating a shooting that left a man dead and two others injured on Wednesday night. It happened around 7:34 p.m. on the 2700 block of N. Warnock Street.

Police said a 55-year-old man died after being shot in the chest and hand. He has not been identified.

Around 8:09 p.m., police said a 22-year-old man was shot three times in the chest and twice in the back while on a porch on the 2200 block of South 69th Street in Southwest Philadelphia. The man later died at the hospital.

Police said two men were shot around 8:24 p.m. on the 5100 block of Haverford Avenue in West Philadelphia. Both men are expected to survive.

Police said he was driven to Episcopal Hospital where he was pronounced dead.

Police are still searching for suspects in connection with four of these shootings.

The city's homicide total stands at 79 this year. That's already 22 percent higher than the record-setting pace of 2020. 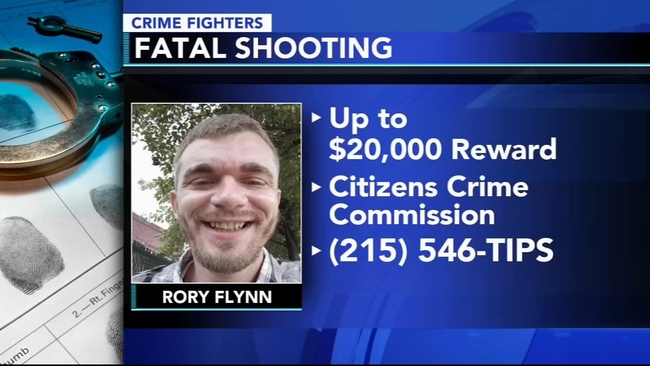