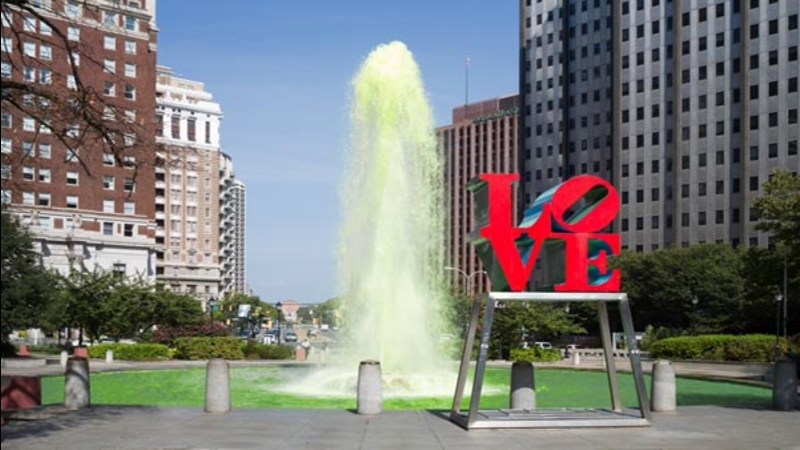 CENTER CITY (WPVI) -- Philadelphia's LOVE Park, and its namesake Robert Indiana statue, are gearing up for some sprucing up.

The city is breaking ground Wednesday on a $16.5 million, year-long renovation of the photogenic tourist attraction.

Kathryn Ott Lovell, the city's parks and recreation commissioner, says the iconic LOVE statue will be moved across the street to City Hall's Dilworth Plaza in the next few weeks. It's unclear how long it will stay there.

She says the statue itself needs about four months of renovations before being returned to the revamped park.

The new-and-improved LOVE Park will have more green space, a new fountain and a food and beverage operation.

Skateboarders who've turned the park into a shredding haven have said they're concerned about what the renovation means for them.

But on Wednesday, Mayor Kenney addressed those concerns, writing on Facebook:

"While we look in anticipation to the future of LOVE Park, I want to recognize the importance of this park to skaters and skateboarding. We plan to honor this site's history in two ways. The existing granite at LOVE Park will be donated to the Franklin's Paine Skatepark Fund to be used in future parks. And, as of today, I am officially authorizing skating in LOVE Park until the park closes for renovations on February 15."