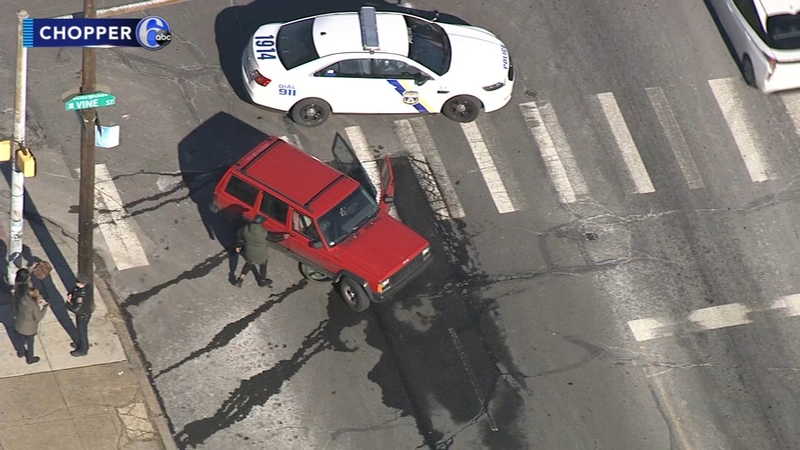 WEST PHILADELPHIA (WPVI) -- First responders were on the scene of a crash involving bicycle and an SUV in West Philadelphia.

It happened before 12 p.m. Thursday at the intersection of 63rd and Vine streets.

Video from Chopper showed a red SUV stopped in the intersection.

The bicycle wheel could be seen protruding from under the passenger's side.

Officials say the bicyclist is hospitalized and is expected to be okay.

Police are still trying to figure out what led up to the crash.

They have not yet said if the driver in the SUV will face any charges.