There is a sign at the front door Wendy Genao's Port Richmond home that reads "Smile you're on camera," along with a photo of a man.

The man is the suspect who stole three pairs of new shoes that Genao ordered for Christmas right from her porch.

"I printed the guy's image so if he comes back he can know I know who he is," said Genao.

The incident happened on December 18.

Genao wasn't home, but knew the shoes had been delivered.

"My camera notified me that a package was left," she said.

Police are sharing tips to protect your packages from porch pirates this holiday season.

By the time she got home, the thief had come and gone.

"I work hard for my money and, if I order something, I'd like to get it," said Genao.

Not far away in the Holmesburg section, the Rosts fell victim to what looked like a very organized operation.

"There's a mix of anger and sadness, but mostly anger," said Stacey Rost.

Back on December 14, the crooks apparently followed a FedEx truck in their black car.

In fact, the suspects followed so close to the FedEx truck they had to back up so the delivery driver could move. Then when the packages were dropped off, they simply walked to multiple homes on the street and took them. They then went back into their car.

It just so happens that day the Rosts were already having a tough time.

"We were at a funeral. My uncle passed away," said George Rost. "They actually hit our neighbor's across the street and went over here and hit one of my other neighbors."

Then on December 8 in the 200 block of East Gowen Avenue, two more suspects were recorded on video. One walked up to the porch and stole the packages, as the other suspect drove the getaway vehicle into the victim's driveway.

Police say if you can't be home when your packages are being delivered, try having them shipped to a location where you know someone is home, a neighbor or family member.
Report a correction or typo
Related topics:
philadelphiafedextheftporch pirate6abc holidayschristmassecuritycaught on camera
Copyright © 2021 WPVI-TV. All Rights Reserved.
PORCH PIRATE 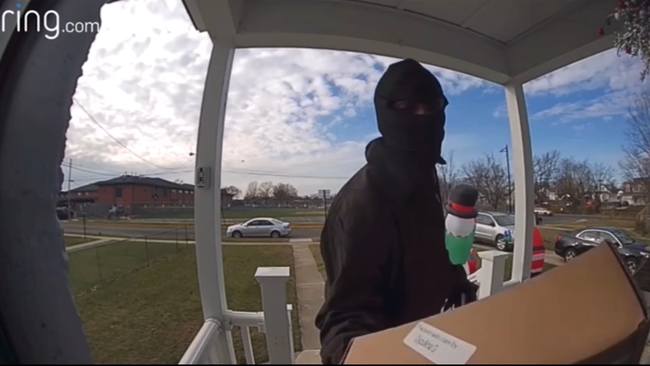 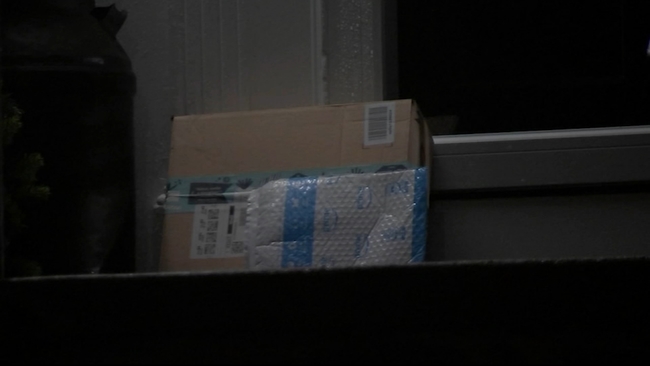