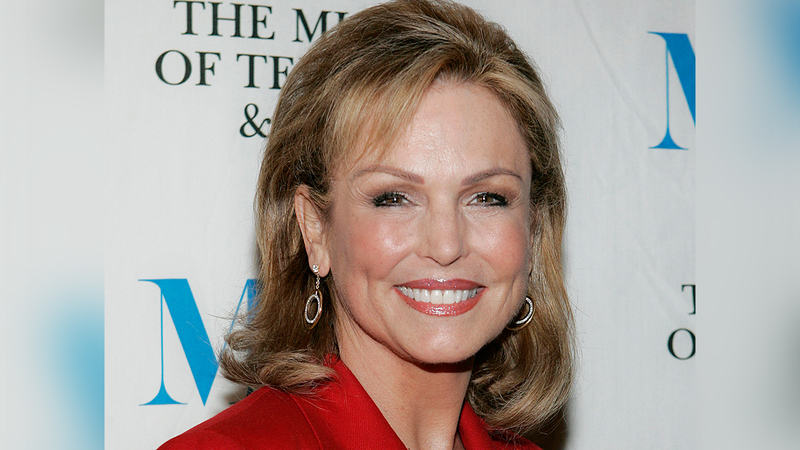 LEXINGTON, Kentucky -- Phyllis George, the former Miss America who became a female sportscasting pioneer on CBS's "The NFL Today," has died. She was 70.

A family spokeswoman said George died Thursday at a Lexington hospital after a long fight with a blood disorder.

Her children, Lincoln Tyler George Brown and CNN White House correspondent Pamela Ashley Brown, released a joint statement, saying: "For many, Mom was known by her incredible accomplishments as the pioneering female sportscaster, 50th Miss America and first lady. But this was all before we were born and never how we viewed Mom. To us, she was the most incredible mother we could ever ask for, and it is all of the defining qualities the public never saw, especially against the winds of adversity, that symbolize how extraordinary she is more than anything else. The beauty so many recognized on the outside was a mere fraction of her internal beauty, only to be outdone by an unwavering spirit that allowed her to persevere against all the odds."

Miss America in 1971, George got into television in 1974 at CBS on "Candid Camera" and joined Brent Musburger and Irv Cross in 1975 on "The NFL Today." Jimmy "The Greek" Snyder later was added to the cast. "Phyllis George was special. Her smile lit up millions of homes for the NFL Today," Musburger tweeted. "Phyllis didn't receive nearly enough credit for opening the sports broadcasting door for the dozens of talented women who took her lead and soared."

George worked on "The NFL Today" until 1984 and also covered horse racing. She hosted the entertainment show "People" and later co-anchored the "CBS Morning News." George was briefly married to Hollywood producer Robert Evans in the mid-1970s and to John Y. Brown Jr. from 1979-98. Brown owned Kentucky Fried Chicken and the NBA's Boston Celtics and served as the governor of Kentucky.