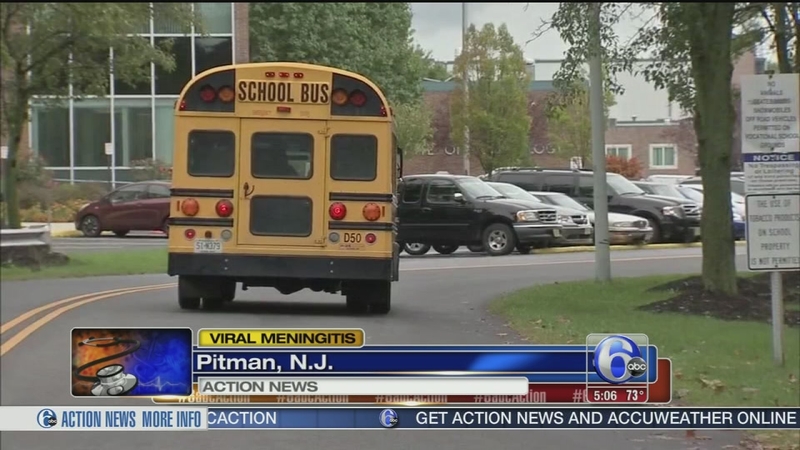 Pitman High's superintendent told Action News he wanted to get the word out so the school sent letters notifying parents.

In the letter, the school explains viral meningitis is most common during the summer and fall.

Officials say that's because it's commonly caused by an enterovirus - a group of viruses, including the common stomach bug, most often seen this time of year.

Both schools said they have increased their cleaning efforts, especially in the weight room and locker room at Pitman High.

Action News has been told three of the four students have recovered and are back at school, and the other is at home recovering.

Symptoms of viral meningitis include fever, headache, stiff neck and nausea. Most infected people get better on their own in about a week, but if you have symptoms it's still important to be checked by a healthcare provider.

Here's what you can do to prevent contracting viral meningitis: