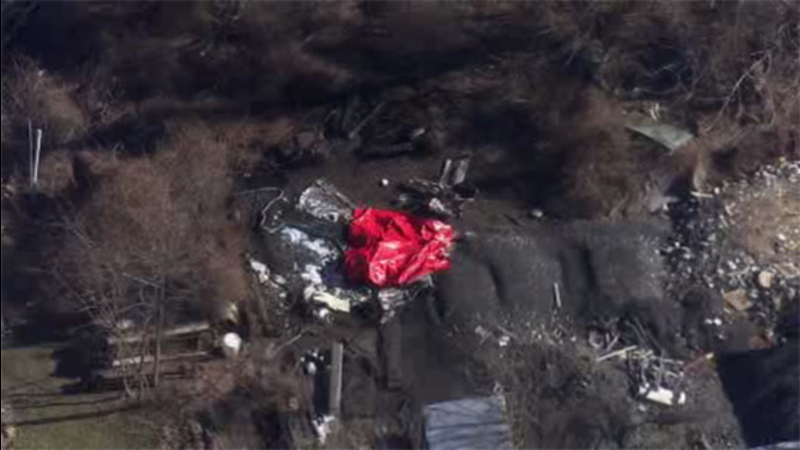 Officials say the Piper PA28 took off from Brandywine Airport around 1:40 p.m. Sunday and crashed into a field less than two miles away near Saunders Lane and Andrews Drive.

"It was observed by people in the area that the plane took off from Brandywine Airport. Shortly after taking off, the plane started to sputter and basically took a nose dive in the woods right behind us," said Bob Fleming, Goshen Fire Department.

The pilot and a passenger on-board were both killed. Their identities have not been released.

Brad Trapnell was driving down Route 202 with his daughter when he spotted the fire.

"Saw a bunch of smoke coming up in the air and flames about 20 feet in the air. I thought it was a brush fire or something. After we passed the retirement center, you could tell it wasn't that," said Trapnell.

The Harrison Hill retirement complex nearby was not affected by the flames.

"It's a miracle that it didn't hit the retirement community or any houses or anything else around here," said Trapnell.

"I work for the airline and I know some pilots that fly out of here. It's sad to hear those people didn't make it," said Frank Kraus.

No word what caused the plane to go down.

A number of agencies including the FAA and the NTSB are investigating.