Woman robbed at gunpoint by 4 suspects in Point Breeze 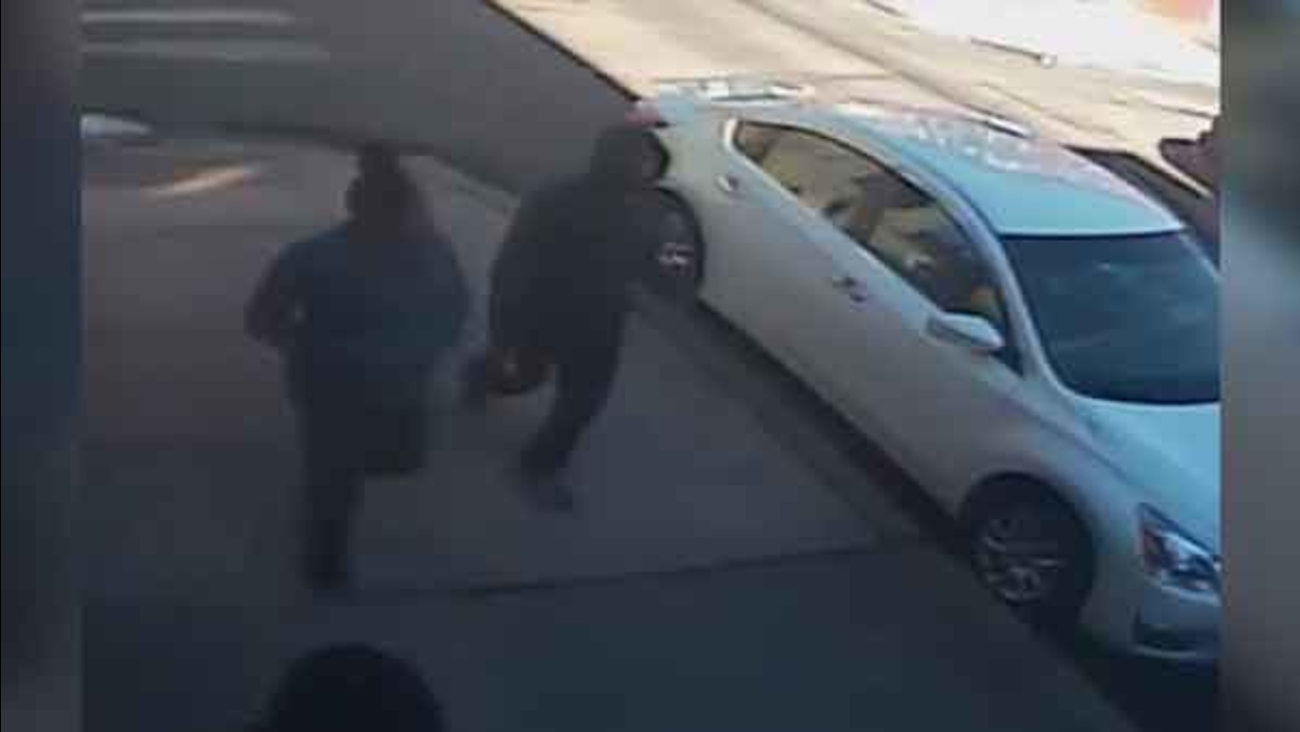 Philadelphia police are looking for 4 suspects who robbed a woman at gunpoint in the city's Point Breeze neighborhood. (Philadelphia Police Department)

POINT BREEZE (WPVI) -- Philadelphia police are looking for 4 suspects who robbed a woman at gunpoint in the city's Point Breeze section.

Surveillance video shows the 24-year-old woman walking on the 1100 block of South 17th Street while being followed by the group.

As she turned onto the 1600 block of Annin Street, three of the suspects stayed across the street while one suspect approached her from behind and pointed a handgun, demanding money.

When the woman refused, the robber then fired one shot into the air before taking her wallet.

All four suspects then fled on foot south on 17th Street, tossing the woman's wallet into a mailbox along the way.

A short time later, the robbers can be seen on surveillance divvying up the cash that was taken from the victim's wallet.

Police describe the armed suspect as a black male in his late teens with a dark complexion. He was wearing a black hooded sweatshirt, and black sweatpants.