Pokemon Go explained for those who do not Pokemon Go 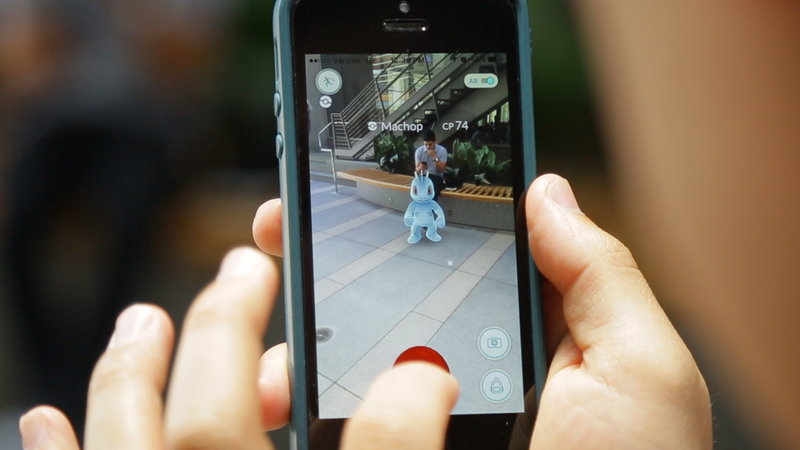 So what is Pokemon Go, really?

If you don't know, then you probably should just Go, already.

Pokémon Go is a free mobile game app for iOS and Android, and is the latest installment in the 20-year-long Pokémon franchise, developed by Niantic, which is co-owned by Nintendo. Players roam around the real world to capture fictional Pokémon creatures. When a player encounters a Pokémon, they can view it in an Augmented Reality (AR) background, making it appear as if the Pokémon are really there in front of them. Another aspect of the game is its social component: users travel to popular meeting places such as cafes, monuments and parks to collect items at Poke Shops and battle each other at Pokémon Gyms.

Within the first five days, the app has been downloaded more than 7.5 million times, according to data from market intelligence firm Sensor Tower. Similar Web reports that there are more installs of Pokémon Go on Android than Tinder, and players use the app, on average, 43 minutes a day. That's more than WhatsApp, Instagram, Snapchat and Facebook Messenger.

Pokemon GO is just insane right now. This is in Central Park. It's basically been HQ for Pokemon GO. pic.twitter.com/3v2VfEHzNA

So many people are playing, the game's servers are constantly crashing.

Thank you for your patience. We have been working to fix the server issues. We will continue rolling out #PokemonGO to new countries soon.

Nintendo saw a 36% stock increase two days after the game's release adding $7.5 billion to its market value, and Sensor Tower reported that the app has been generating about $1.6 million of revenue per day with in-app purchases.

The game is also becoming a distraction to drivers as players attempt to catch Pokémon while driving by key locations. Both the Washington Department of Transportation and Tennessee Highway Safety advised fans to play safely, and not while driving.

If your weekend includes looking for #Eevee on #PokemonGO, please do so safely. No Pokemoning from behind the wheel. pic.twitter.com/Kt9CmTOKiP

Though on a more uplifting side, many users claim the game has been positive toward their mental health, and encouraging them to be more social.

Real talk - as someone with anxiety/depression, the fact that I've spent most of this weekend outside with friends is unreal. #PokemonGo

#PokemonGO is going to do wonders for my mental health, providing me with purpose and reason to go outside at last.

Tbh Pokemon Go has worked wonders for my depression. The hardest part of a day is leaving bed but when you see that Eevee outside it's easy.