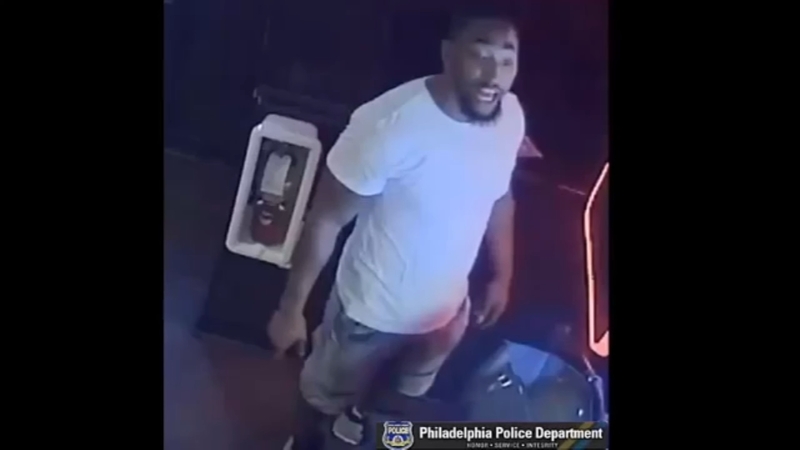 TIOGA (WPVI) -- Philadelphia police are looking for a man who threatened a female server after being refused service at a bar in the Tioga section.

The suspect was with a group at Frank's Place at 4210 North 15th Street on the night of Wednesday, August 22.

The 27-year-old female server noticed the group was becoming highly intoxicated, police say, and told them she wouldn't be serving them any more drinks.

The suspect was apparently upset by this and later confronted the woman while she was outside for a break.

Police say the man pulled out a gun and said, "Have you ever served the public before? I'm from Nicetown. You must not be from around here. You know what people from Nicetown can do to people?"

"I don't care if I'm on camera. I'll blow your head off," he continued. "You won't make it home tonight."

The server went inside to call police while the suspect and his group fled the area in an unknown direction.

No shots were fired and no injuries were reported.