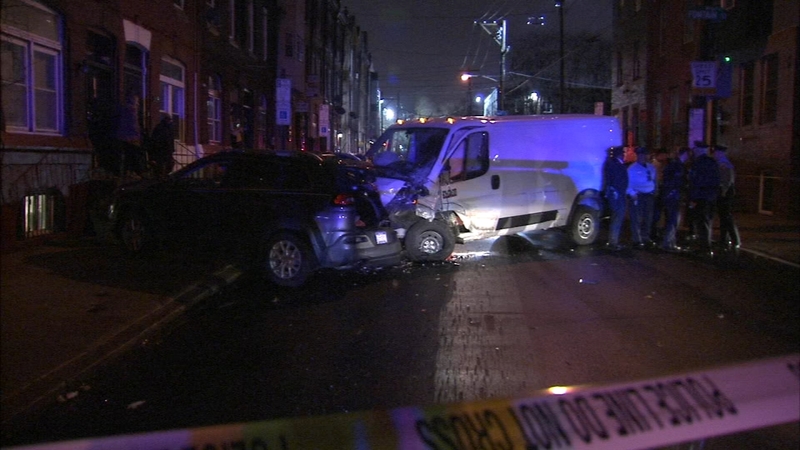 PHILADELPHIA (WPVI) -- Police have arrested a driver after a car chase ended in a crash in North Philadelphia early Tuesday.

The crash happened around 1:15 a.m. on North 15th and Fontain streets.

Police said the suspect was wanted for stealing a work van.

According to officials, officers began a pursuit but that ended when the suspect crashed into numerous parked cars.

The suspect allegedly fled on foot. Police were able to apprehend him and take him into custody.