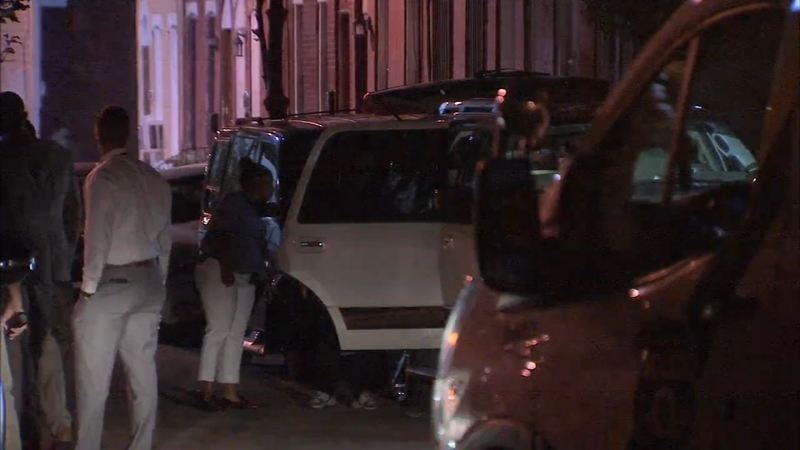 KENSINGTON (WPVI) -- Philadelphia police are investigating an armed carjacking in the Kensington section of the city Wednesday.

It happened around 8:30 p.m. in the area of Kensington and Allegheny avenues.

Police swarmed the area and employed the department's TAC Air helicopter. A short time later, the white Lincoln Navigator was found unoccupied along the 2000 block of North Darien Street.

Chopper 6 over the scene of where a car was recovered following an alleged carjacking Wednesday.

Initially, police said it was thought that two children were inside of the SUV when it was stolen. Investigators said that after checking, the 10-year-old boy and a 7-year-old girl were found to be safe with another family member.