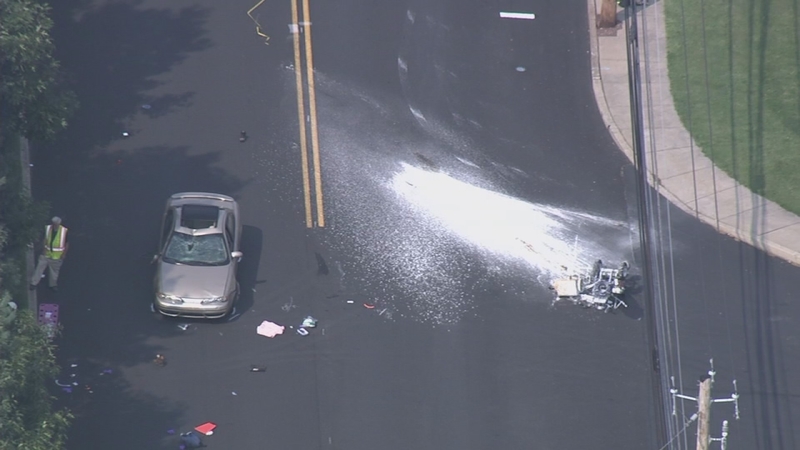 The victim is identified as 53-year-old David Smith of Telford, Pa.

Police say two workers were painting lines in front of West Broad Street Elementary School when they were struck by a vehicle.

Smith was rushed to Grand View Hospital in Sellersville where he later died.

The other worker, identified as 46-year-old Jeffrey Moyer of Telford, was flown by helicopter to Temple University Hospital where he is listed in critical condition.

The driver of the vehicle remained on the scene, but there is no word on how he or she failed to see the workers and then ended up crashing into them.

Children were dismissed from the school out a side door and taken across a field to a remote lot where their school buses were sent.