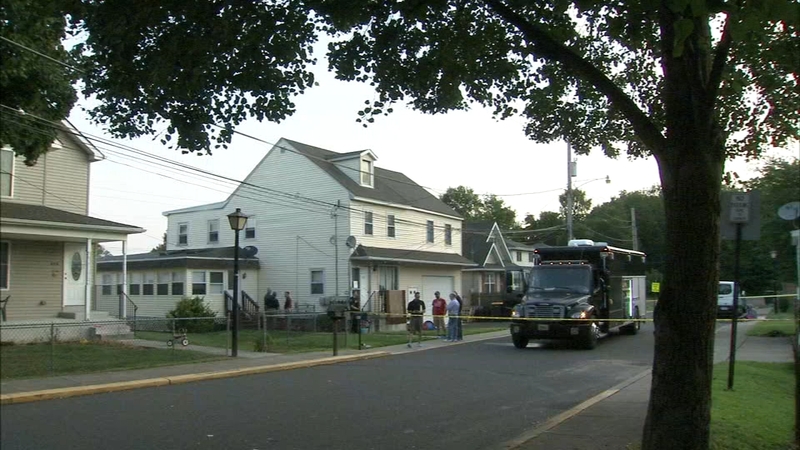 TULLYTOWN, Pa. (WPVI) -- Police are investigating the death of a two-year-old in Tullytown, Bucks County.

The boy, identified as Mazikeen Clarey, was found dead in his home in the 500 block of Lovett Avenue just after 10:30 p.m. Saturday. Authorities said the discovery was made after responding to a welfare check.

According to Bucks County District Attorney, the boy was found dead on a bed inside the home.

An autopsy will be performed to determine the cause of death, as there were no obvious signs of trauma to Clarey's body.

The boy's mother, identified as 42-year-old Jennifer Clarey, has been hospitalized after being found with what appeared to be self-inflicted injuries.

Neighbors told Action News they had spent the better part of Sunday in sadness. They say no family of his had shown up to the scene since the boy was found dead last night.

"There was never a sign that they were in danger, he was in danger. They would play. Sit on my porch and talk, then say 'I gotta go change his diaper,' so it's not like he wasn't taken care off," said Alexa Winter. "He was amazing, smiling, always giving hugs and kisses. It hit me like a truck. I mean you never expect things like this to happen."

While the investigation continues neighbors say if no family of Clarey's comes forward they plan on taking care of his funeral arrangements.

No criminal charges have been filed. The investigation is ongoing.