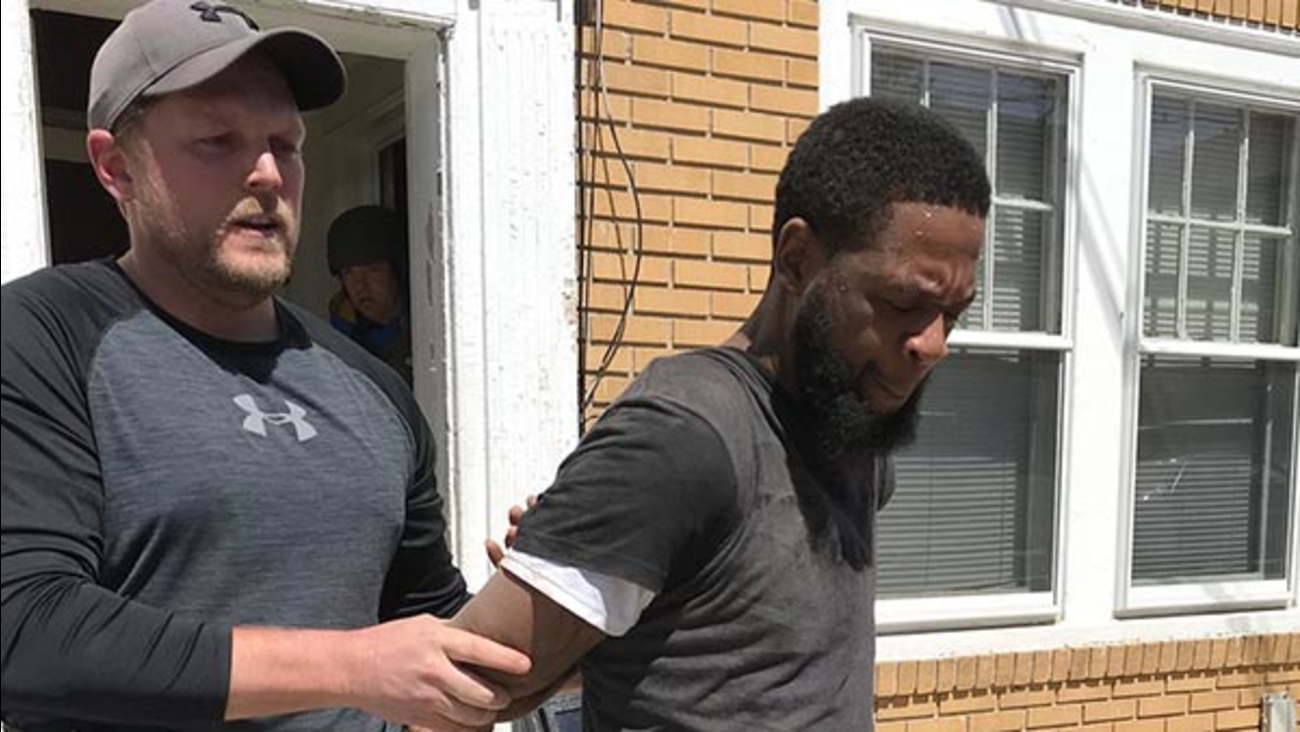 Pictured: Kenyon Gilmore after his arrest on April 20, 2018.

UPPER DARBY, Pa. (WPVI) -- A police K-9 was injured during an arrest in Upper Darby, Pa. on Friday morning.

The U.S. Marshal's office said the fugitive task force was trying to arrest Kenyon Gilmore in the 200 block of South Fairview Avenue.

Gilmore apparently fled into a basement in an attempt to escape through a rear exit, the Marshals said, but was unsuccessful.

He refused to come out, authorities say, so an Upper Darby Police K-9 team was called.

The police dog was sent into the basement and Gilmore allegedly put up a fight, injuring the dog in the mouth.

Officers and Marshals entered and took Gilmore into custody.

The K9 was treated for its injuries.