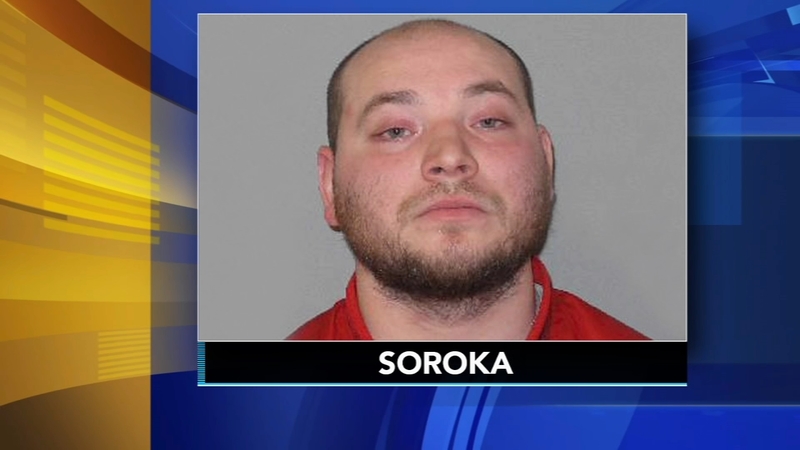 24-year-old Shannon Soroka of North Philadelphia was arrested and charged with the crime, which happened around 3:30 p.m. Thursday.

During the investigation, police learned that Soroka, armed with a handgun, allegedly entered the unlocked front door of the residence and confronted a 19-year-old babysitter demanding to know where the residents stored their money.

The babysitter and the homeowner's 2-year-old child were home at the time of the home invasion.

There are no injuries and according to police nothing was taken from the home.

The armed suspect fled the scene prior to the arrival of police and was arrested Friday.

Police said there was a burglary at the same home on Saturday, and said Soroka is also the suspect. Police believe the home was targeted because of the father's profession: he's a professional poker player.

Sarah Cram is the sister of one of the homeowners on Muirfield Court.