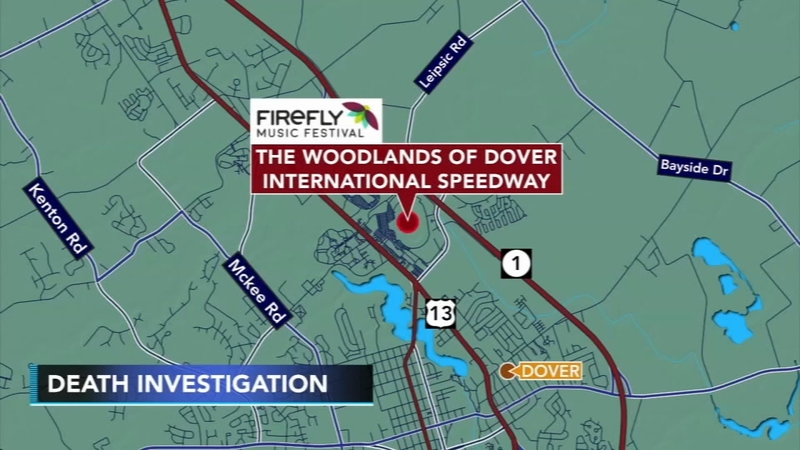 DOVER, Del. (WPVI) -- The Dover Police Department is investigating the death of a 20-year-old woman at the Firefly Music Festival.

Police identify the woman as Caroline Friedman of Philadelphia.

Authorities were alerted around 6:30 a.m. Sunday to an unresponsive woman at a campsite at Dover International Speedway.

Police say she was treated on scene by medical staff and taken to Bayhealth Kent General Hospital where she was pronounced dead.

The cause of Friedman's death is unknown, but police say it is not the result of foul play.

An autopsy will be performed to determine the official cause of death.

Police say Friedman was attending the Firefly Music Festival which lasts until Sunday night at The Woodlands.