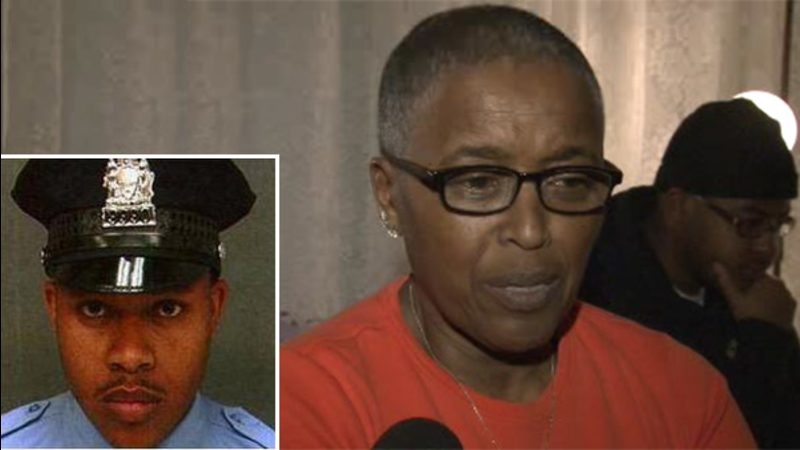 NORTH PHILADELPHIA (WPVI) -- We are learning more about slain Philadelphia Police Officer Robert Wilson III from those who knew him best - his family.

We've only seen his tough cop image but those who knew the 30-year-old say he was usually all smiles.

"Robbie he'd be cutting up, he'd be smiling and he'd just keep going. I loved him and I know he loved me," said Constance Wilson, grandmother.

It was Thursday afternoon when the 22nd district officer, an 8 year veteran of the force, was killed in a gun battle with two armed attempted robbers at a North Philadelphia GameStop.

His grandmother says she was proud to hear how he protected the employees and customers inside the store.

"He was one that - he just didn't go to work and fool around, he went to work and did his job and what he did the other day was part of his job," she said.

Fellow officers and top brass have called him dedicated and a hero.

Those are no truer words according to his family who also knew him as one amazing father of two boys.

Officer Wilson leaves behind a 9-year-old, whom he was buying a birthday present for inside the GameStop that fateful day, and a 1-year-old.

That's one of many reasons why Wilson's family is just focused on honoring him.

"My brother knew what came with the territory but I knew he would not go down without a fight," said Burroughs.

Funeral arrangements are pending but members of the Philadelphia Police Department have established a trust fund for Officer Wilson's family.